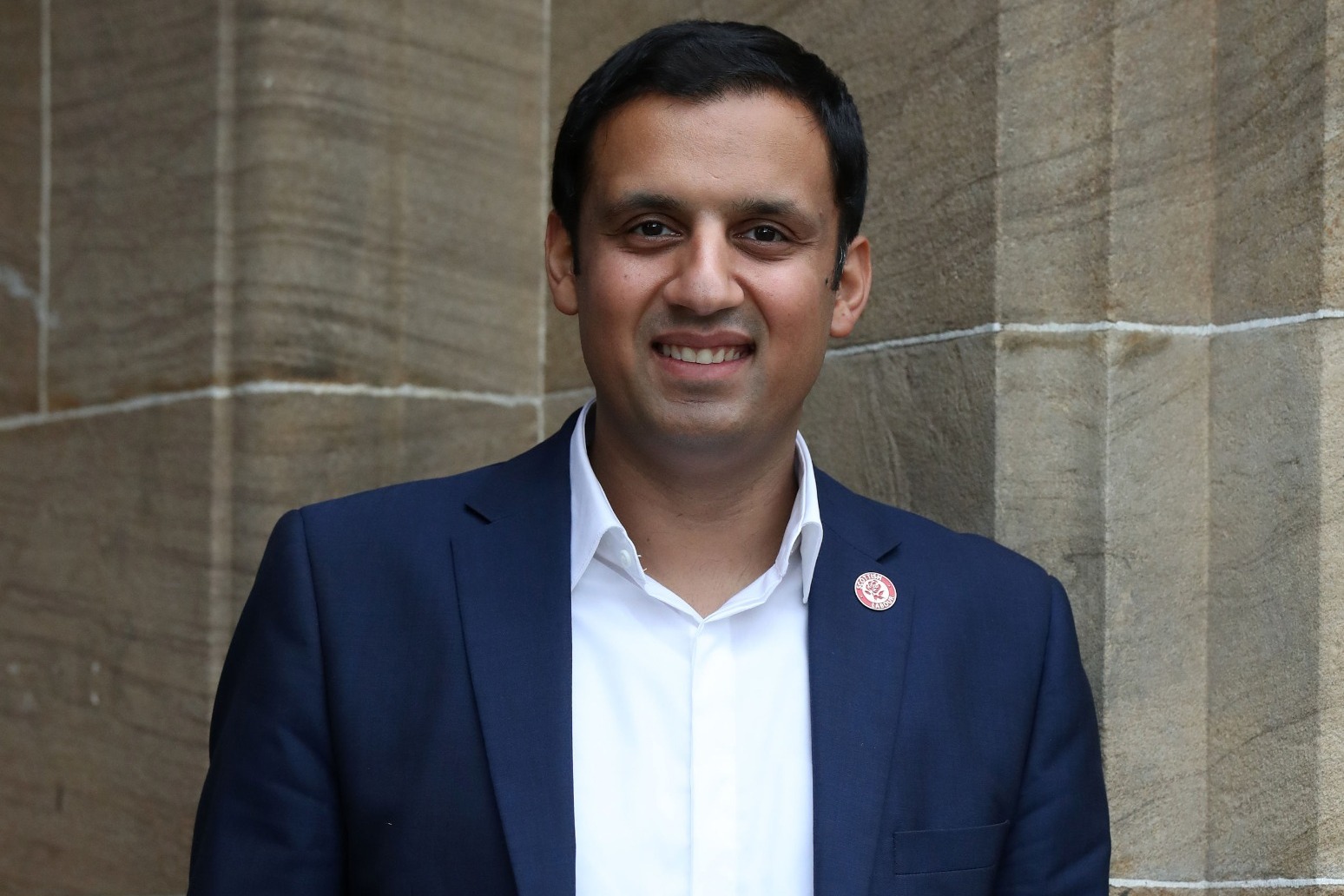 Anas Sarwar has been elected leader of the Scottish Labour Party, winning 57.6% of the vote.

Mr Sarwar, the first person from an ethnic minority background to lead a UK party, said his election was “the greatest honour of my life”.

With just 10 weeks before May’s Holyrood election, Mr Sarwar takes the reins of a party third in the polls, with the latest Ipsos Mori survey putting Labour at 15% in the constituency vote and 14% in the regions.

In a video message, Mr Sarwar said: “I want to say directly to the people of Scotland – I know Labour has a lot of work to do to win back your trust.

“Because if we’re brutally honest, you haven’t had the Scottish Labour Party you deserve.

“With rising injustice, inequality and division, I’m sorry we haven’t been good enough. I will work day and night to change that, so we can build the country we all need.”

UK Labour leader Keir Starmer extended his congratulations to Mr Sarwar, saying: “We will fight the Scottish Parliamentary elections by making the case for a socially-just Scotland in a modern United Kingdom.

“Under his leadership, Scottish Labour will focus on what unites us – not what divides us.

“I know Anas will do the hard work that is necessary to win back the trust of the Scottish people and build for the future as we emerge from this pandemic.“

His election, as the first person from an ethnic minority to lead a UK party, was a testament to Scotland, Mr Sarwar said.

“Today we have elected the first-ever ethnic minority leader of a political party in the UK.

“That doesn’t say something about me. That says something great about Scotland and its people. But the fight for equality is far from over.

“I’ll work with all our diverse communities in Scotland to rebuild the country we love.”

Mr Sarwar concluded: “I’m determined that the Labour Party I lead will always be on your side.

“Because I will be a leader who focuses on what unites our country – not what divides it. Together we will build a better future for Scotland.”

Ms Lennon also took to Twitter to congratulate the new leader, as well as thank her campaign staff and issue a call for party unity.

“Congratulations to @AnasSarwar, our new leader,” she said.

“Proud to have been part of this positive leadership debate. Huge thanks to my volunteer team, @scottishlabour party staff and the members and affiliates who participated.

“Let’s get out there as a united team. #BothVotesLabour.”

In the coming weeks, Mr Sarwar said, he would lay out his vision for a “Covid recovery parliament” following the next election, which would focus on tackling the economic, health and societal impacts of the pandemic.

Mr Sarwar has repeatedly voiced his opposition to another independence referendum while his opponent in the race said it was important the party did not “deny democracy” if a pro-independence majority is elected to Holyrood in May.

First Minister Nicola Sturgeon, who has long been a political rival of both Mr Sarwar and his father before him, extended her congratulations to the Glasgow MSP on Twitter.

“Congratulations to @AnasSarwar – he (and his dad before him) and I are long-time political opponents, but I also like and rate him,” she said

“That may not always be obvious in the weeks ahead as election battle is joined, so worth saying so now.”