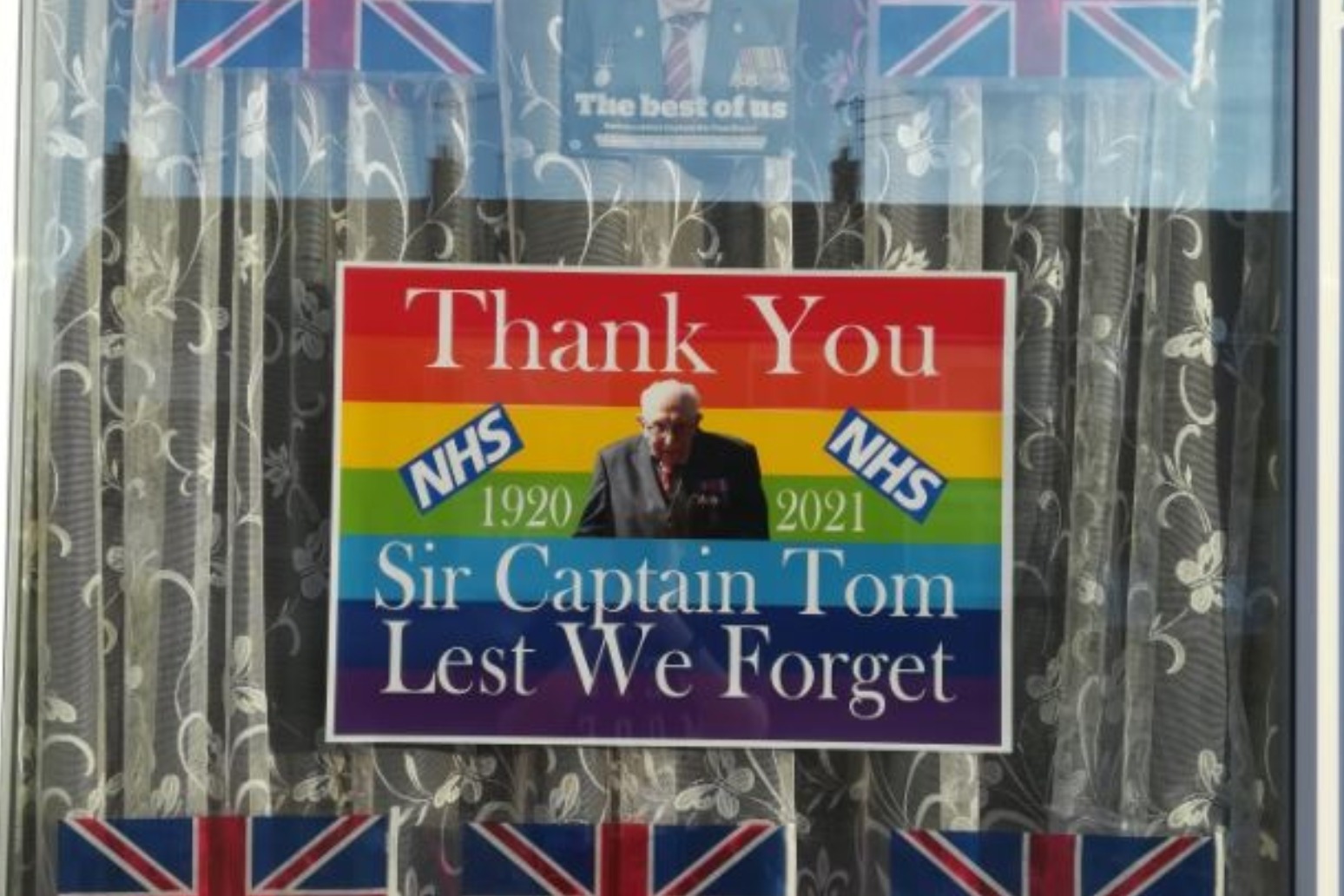 Homemade tributes displayed in windows, flags flying at half mast and bell-ringing at churches were among the ways people across the UK paid their respects to Captain Sir Tom Moore.

Homemade tributes displayed in windows, flags flying at half mast and bell-ringing at churches were among the ways people across the UK paid their respects to Captain Sir Tom Moore on the day of his funeral.

With pandemic rules restricting the ceremony on Saturday to eight members of Sir Tom’s immediate family, the public were urged to find other ways to pay tribute to the charity fundraiser.

Alfie McAnespie, 13, rang the bell 100 times at a church in Chicksands, Bedfordshire, at midday on Saturday in Sir Tom’s honour.

“I was able to ring the local church bell today 100 times (to) mark the life of the 100-year-old who inspired the nation,” he tweeted.

Others paid their respects by flying their flags at half-mast, including Bedford Borough Council.

“In honour of Captain Sir Tom Moore whose funeral takes place today we are flying our flags at half mast. Rest in peace Sir Tom,” the council tweeted.

Meanwhile, the Arnold family from Hull filled their window with flags and pictures of Sir Tom.

“Me and my family did this yesterday, in honour of Captain Tom!” @Kupokuponut tweeted. “He was so truly inspirational to us all. I hope you get to see this. We’re all thinking of you today”.

Sir Tom’s family paid tribute to him during the funeral, saying his “message and his spirit lives on”.

There are plans to plant trees around the world in his honour, with the hope that the Trees for Tom initiative will result in a wood in his home county of Yorkshire and the reforestation of part of India, where he served during the Second World War.