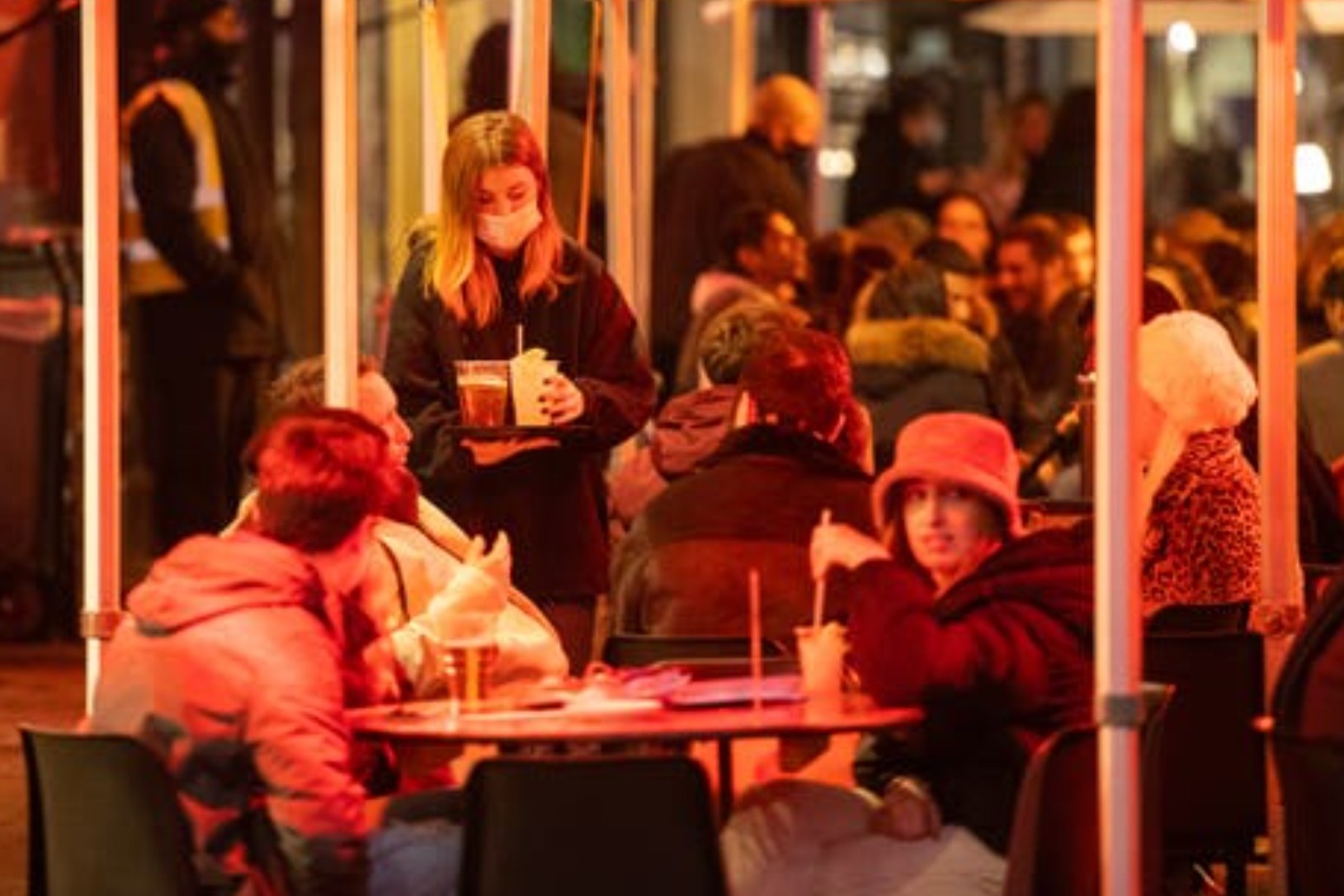 “Potentially significant risks of Covid-19 transmission” were found in pubs and bars across the country last summer despite the efforts of owners and government guidance, according to a new study. The University of Stirling research, published in the Journal Of Studies On Alcohol And Drugs, is said to be the first in the world to examine the measures tackling coronavirus in licensed premises.

Business owners and representatives were interviewed before reopening to understand the challenges faced, with researchers then visiting 29 premises for up to two hours while posing as customers.

A range of incidents with potential to increase transmission risk were observed in all but three venues in the research carried out between May and August as bars began to reopen to the public.

Incidents deemed to be of greater concern, due to the repeated or continuous nature of the potential risk and the number of customers or staff involved, were observed in 11 venues.

These included combinations of singing, shouting or playing music; mixing between groups; standing and moving around the bar without distancing; customers taking photographs with other people and staff; and shaking hands or embracing others who did not appear to be in the same household.

In the majority of premises, no staff intervention in incidents or attempts to enforce restrictions was observed.

However in some cases, staff intervened in a light-hearted way but such interventions were reported by the researchers as largely ineffective.

And while most venues required customers to provide details for contact tracing, nine businesses observed did not, including one venue visited after it was made mandatory by the Scottish Government in August.

It is hoped the findings will inform governments, public health experts, and policymakers in the UK and other countries as they consider the pandemic’s impact on hospitality and the risks of lifting restrictions.

Professor Niamh Fitzgerald, director of the university’s Institute for Social Marketing and Health, led the research which was funded by the Scottish Government Chief Scientist Office.

She said: “Our study makes a unique contribution by providing the first evidence, including direct observation data, of how premises operated in practice when allowed to reopen during the Covid-19 pandemic.

“Overall, our findings suggest grounds for uncertainty about the extent to which new rules can be consistently and effectively implemented in a sector where interaction between tables, households and strangers is the norm, and alcohol is routinely consumed.

“Despite the efforts of licensed premises, and detailed guidance from Government, potentially significant risks of Covid-19 transmission persisted in a substantial minority of observed bars – especially when customers were intoxicated.

“Blanket closures, curfews or alcohol sales bans are more likely to be deemed necessary to control virus spread, if such risks cannot be acceptably, quickly and cost-effectively reduced through support and/or sanctions for premises operators.

“Such blanket actions may also have benefits in terms of protecting staff from occupational exposure and reducing pressure on emergency services from alcohol-related injuries or disorder.

“However, attention also needs to be paid to the impact of closures on businesses, economic activity, employee hardship, and ownership patterns in the sector, as well as any risks posed by diversion of some drinking to the home.”

The paper, Managing Covid-19 Transmission Risks In Bars: An Interview And Observation Study, also involved Dr Isabelle Uny, Ashley Brown, Douglas Eadie, Dr Allison Ford, and Martine Stead at Stirling and Professor Jim Lewsey of the Institute of Health and Wellbeing at the University of Glasgow.

However, Stephen Montgomery, from the Scottish Hospitality Group (SHG), called the paper an “out-of-date witch hunt”.

He said: “The government has paid hundreds of thousands of pounds on a six-month old study based on a tiny number (0.17%) of Scotland’s bars and restaurants.

“In reality we are talking about just a handful of premises. From those 29 targeted, criticism is levelled at in their own words a ‘substantial minority of observed bars.’

“You don’t need to be a mathematician to work out that basing the closure of a £10.5 billion industry on this sham of a report would be ludicrous.

“We know that hospitality isn’t a vector and there’s no evidence to support that it is. The SHG members alone, which employ over 6000 people, have had only 32 positive cases of Covid-19 among staff since July.

“Over the period from July to 26th December, staff at SHG premises have worked around 1,150,000 hours, meaning there has been only one confirmed case for every 36,000 hours worked.

“We have bent over backwards to ensure staff and customers are protected, with huge efforts being made by the vast majority of responsible operators in social distancing, PPE, track and trace and other hygiene measures, and all without any financial help from the Scottish Government.”