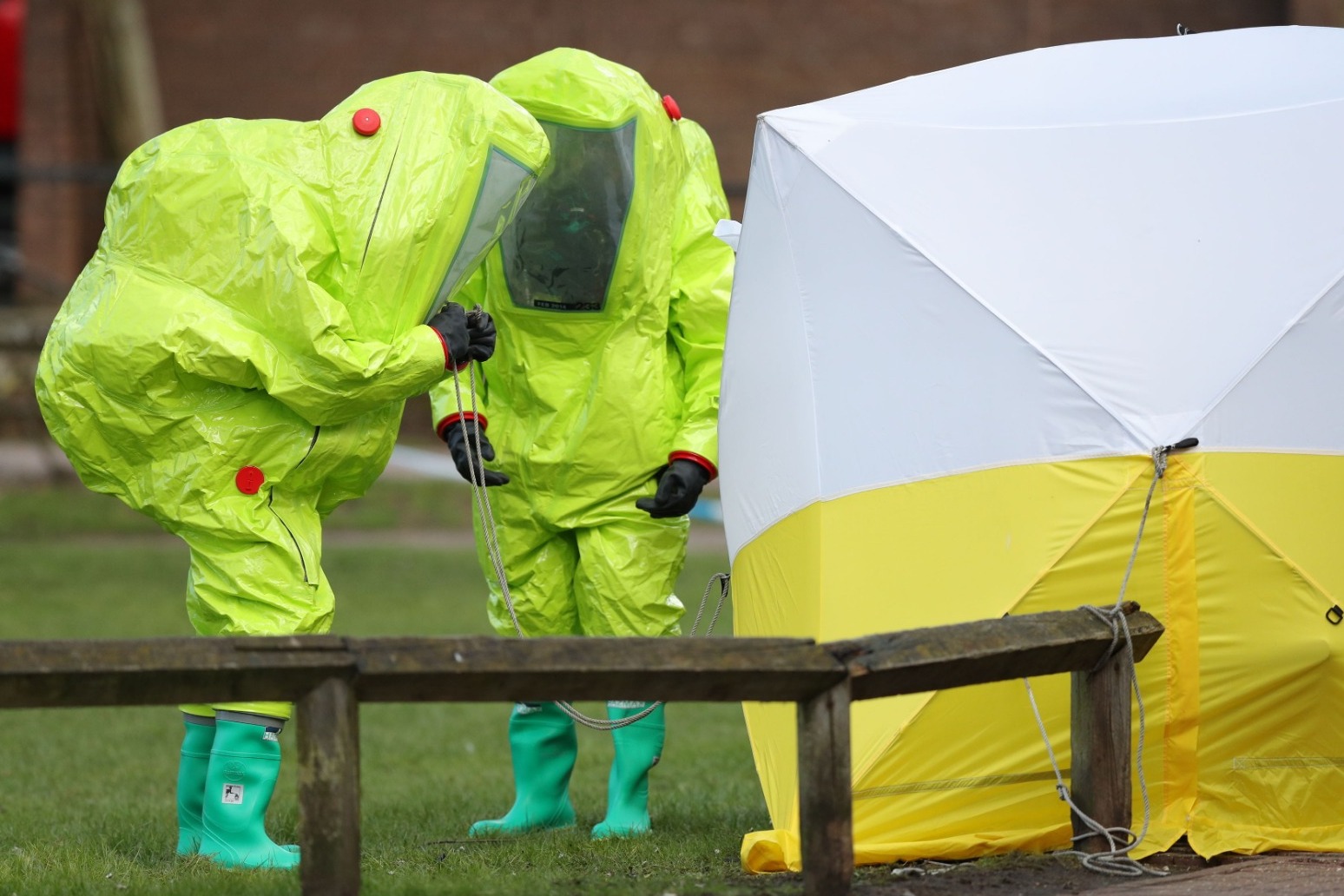 The world could face more chemical attacks in the wake of the Novichok poisoning now people can learn how to make such weapons online, the Defence Secretary has warned.

Ben Wallace said access to such knowledge “can turn what might be ambitions into realities” for a whole range of attacks.

Speaking to Radio News Hub three years after the attempted killing of Sergei Skripal in Salisbury on March 4 2018, he said Russia remained an “adversary” of the UK.

The then 66-year-old former Russian spy turned double agent for MI6 and his 33-year-old daughter Yulia were left seriously ill after coming into contact with the deadly nerve agent.

Dawn Sturgess, 44, died after she and her partner Charlie Rowley fell ill in nearby Amesbury months later.

She had come into contact with a counterfeit Nina Ricci perfume bottle believed to have concealed the lethal chemical for use against the Skripals before it was discarded.

A pre-inquest review into her death is due to take place at the end of this month.

Wiltshire Police Detective Sergeant Nick Bailey was also treated after coming into contact with the substance and has since left the force.

Mr Wallace said: “Dawn Sturgess lost her life as a result of this attack and potentially hundreds of people’s lives were put at risk given the weapon that was used.”

He added: “Now you can find out how to make chemical weapons on the internet.

“That proliferation means that many people in the world have access to knowledge that can turn what might be ambitions into realities, around everything from conventional attacks to CBRN (chemical, biological, radiological, nuclear) capabilities.”

His comments come as a chemical and biological weapons expert warned rogue states and terror groups could even try to use coronavirus or similar viruses for attacks in future.

Hamish de Bretton-Gordon told PA Covid-19 has shown how a “not very virulent pathogen can bring the world to its knees” and this will not go “unnoticed by bad actors”.

Although Mark Andrews, chairman of Wiltshire Police Federation, said extra chemical and biological training introduced after the Novichok attack has equipped officers with much-needed skills to thrive in battling a health crisis.

The family of Ms Sturgess previously called on the Government for answers but there are fears they may never get justice unless two men known as Alexander Petrov and Ruslan Boshirov, who are accused of carrying out the attack, leave Russia.

The pair are still wanted by UK police after the Crown Prosecution Service authorised charges against them.

Counter-terrorism police are still appealing for witnesses and anyone with information to come forward, saying this week that they “remain as determined and committed as ever to bring those responsible for this attack to justice”.

Meanwhile others who played a key role in responding to the incident recalled how the events unfolded.

Professor Tim Atkins, who provided scientific advice to the emergency services after his team at the Defence Science and Technology Laboratory (Dstl) at Porton Down identified the substance used, told Radio News Hub how his blood ran “cold” once he learned it was Novichok.

Tracy Daszkiewicz, the public health chief charged with containing the attack, described her “total disbelief” after the nerve agent resurfaced seven miles away months later and how she was “absolutely floored” by the death of Ms Sturgess.

The city has now been officially declared “safe” again after it was decontaminated of Novichok in a large scale clean-up involving the military.

Wiltshire Council has since agreed to buy the former home of the Skripals, 47 Christie Miller Road, so the house can be lived in once more.

Once refurbished, it will be offered as a shared ownership property to local residents with a legal stipulation that nobody can trade on its history.

Council leader Philip Whitehead said: “It will be good to see this house used as a home again.”

The property in Muggleton Road, Amesbury, where Mr Rowley stayed and Ms Sturgess fell critically ill has been demolished.