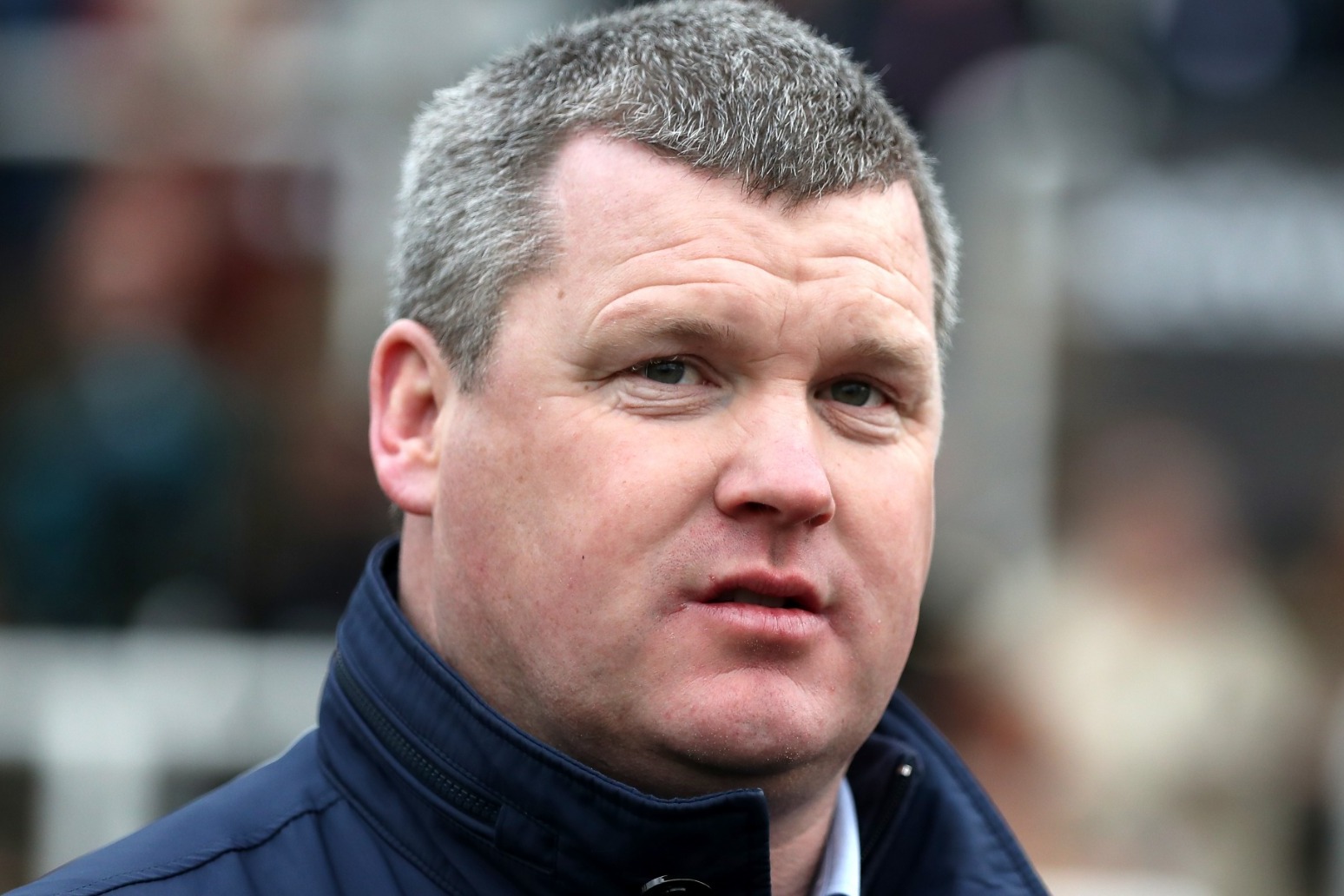 Gordon Elliott’s training licence has been suspended for a year by the Irish horse racing authorities.

An investigation found he “acted in a manner which was prejudicial to the integrity, proper conduct and good reputation”.

Mr Elliott has been “co-operating fully” with the probe after a photograph of him sitting on a dead horse was posted on social media last weekend.

“In all of the circumstances of this case, to reflect the seriousness of the offence and the damage to the Irish racing industry, to deter other offences of this nature and having taken into account the mitigating factors we have heard we consider the period should be 12 months, however the last six months of this will be suspended.”

He said the referrals committee is of the view that the photograph shows the most “appalling bad taste” on the part of Mr Elliott insofar as it demonstrates a “complete absence of respect” for the horse at a time when he still remains in his charge.

“We believe that respect is an integral and essential part of the duty owing by those in charge of animals alive or dead.

“It is undoubtedly and most regrettably the case that the reputation and integrity of horseracing has consequently been brought into disrepute and has been prejudiced and serious damage has been caused to a sport enjoyed and loved by so many.”

The top Irish trainer has become subject to a temporary British Horseracing Authority ban on running any of his string in Britain, while top owners Cheveley Park Stud have moved their high-profile horses away from his yard.

Among those is the unbeaten Envoi Allen, who is now in the care of Henry de Bromhead.

The 43-year-old is one of racing’s most high-profile personalities.

He has apologised and said it was a “moment of madness”.

Mr Elliott has accepted that his conduct was “disgraceful”, “horrific” and “wholly inappropriate and distasteful”.

Mr Elliott was on the phone at the time the photo was taken.

Mr Justice Groarke said he was “heedless” to the fact that a horse in his charge had just died.

He said he was treating the animal as an object of amusement and had failed to maintain the degree of respect to which it was entitled.

Mr Justice Groarke added: “Mr Elliott participated in the photographic exercise when he knew or ought to have known that the result might well end up in public, which shows an extraordinary lack of judgment on his part.”

The photograph has existed since 2019.

The judge said its publication was part of a “concerted attack” upon Mr Elliott, the full circumstances of which are unknown.

He acknowledged that the trainer has expressed what the panel believes to be a genuine remorse and accepts that he is unlikely to forget this episode in his life.

The judge said: “We believe that he genuinely accepts that he was extraordinarily foolish to participate in the way he did.

“Mr Elliott fully co-operated with the investigation carried out by IHRB, he put his hands up at the earliest opportunity and fully accepted that his actions had offended many people; that what he did was wrong and unforgiveable and indefensible.

“Whilst the incident in question was unforgivable, it was, nonetheless, an event which took place without deliberation or forethought over a time period of some seconds. There was a pointed absence of common sense.”

Mr Elliott said he had been dealt with fairly.

He said: “I am paying a very heavy price for my error but I have no complaints.

“It breaks my heart to see the hurt I have caused to my colleagues, family, friends and supporters.

“I have a long road ahead of me but I will serve my time and then build back better.”

Mr Elliott said he was in the industry because he loved horses.

He said: “Anyone who has visited my stables at Cullentra will see the meticulous care with which we treat our horses.

“I was disrespectful to a dead horse, an animal that had been a loyal servant to me and was loved by my staff.

“I will carry the burden of my transgressions for the rest of my career.

“I will never again disrespect a horse living or dead and I will not tolerate it in others.”