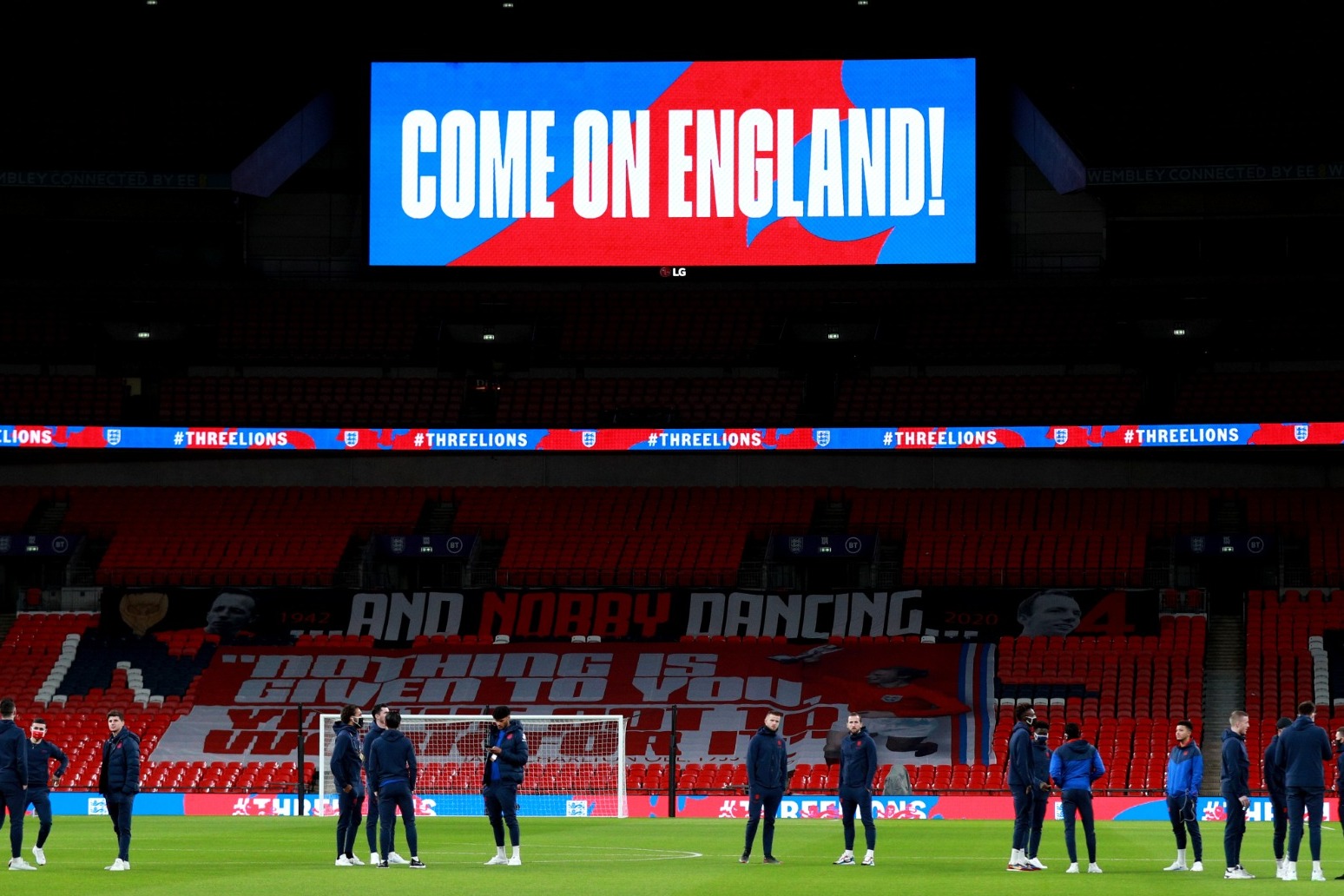 Suggestions that UEFA is considering staging the rescheduled Euro 2020 solely in England this summer have been dismissed.

The competition was postponed last year amid the coronavirus pandemic but is due to begin on June 11.

For the first time, the tournament is set to be played across 12 countries, although the continued travel complications linked to coronavirus have seen some reports claim that is now being reconsidered by the organisers.

England has the infrastructure and stadia to play host and, following a successful Covid vaccination drive, was touted as being where UEFA could look to stage the finals – but that has now been played down by the Government.

“This is just speculation,” a spokesman for the Prime Minister told reporters.

“How the tournament will be hosted is a matter for UEFA. As they stated yesterday, they remain committed to the current format of the tournament.

“We are focused on the matches we are scheduled to host in the UK, including seven at Wembley and matches also being hosted at Hampden Park in Glasgow.”