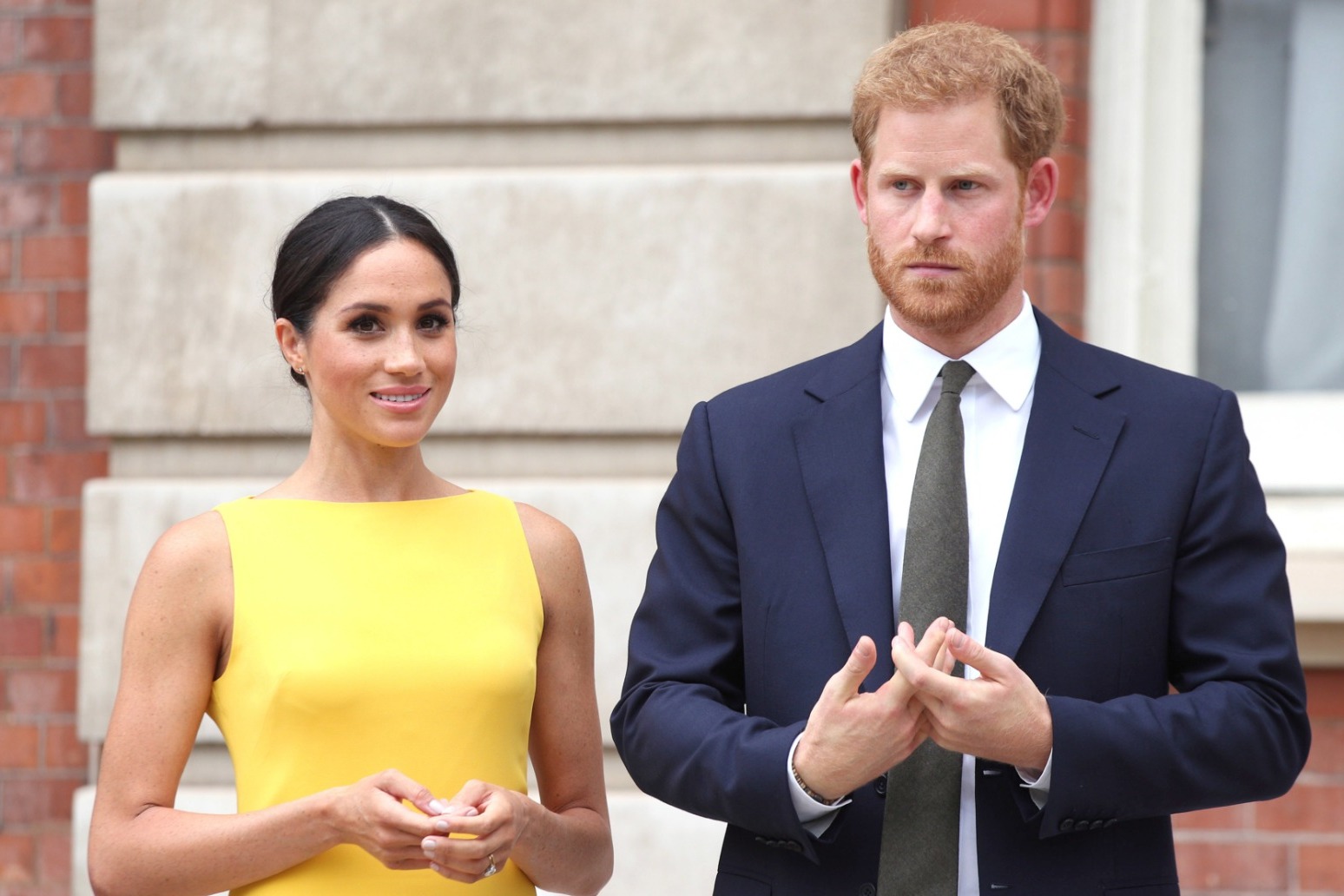 The Duke of Sussex has spoken about family life during a chat with James Corden, revealing that son Archie’s first word was “crocodile” and the Queen gave the one-year-old a waffle maker for Christmas.

Harry addressed the controversy over The Crown’s portrayal of his family’s history and defended the Netflix regal drama, saying it does not “pretend to be news”.

He said both the Queen and the Duke of Edinburgh can use Zoom and have seen Archie “running around” in California.

In a segment for The Late Late Show, filmed before he and the Duchess of Sussex confirmed they will not be returning as working members of the royal family, Harry joined TV host Corden for a double-decker bus tour of Los Angeles.

Asked by Corden how he sees his life after lockdown, Harry, 36, said: “My life is always going to be about public service and Meghan signed up to that.”

On the decision to walk away from the royal family, he said it “was never walking away, it was stepping back rather than stepping down”.

He added that it was a “really difficult environment” and criticised the press, saying it was “destroying my mental health”.

Harry said he needed to move his family away but insisted: “I will never walk away, I will always be contributing. My life is public service.”

The duke also spoke about his early relationship with Meghan, 39.

He said dating for him or any member of the royal family is “flipped upside down”, telling Corden that early dates take place at home and only when they are a couple do they venture out in public.

“We got to spend an enormous amount of time just the two of us,” he said of his early relationship with Meghan. “There were no distractions, and that was great, it was an amazing thing. We went from zero to 60 in the first two months.”

Asked what a “regular night in” for the couple is like, Harry said they may make Archie’s tea, give him a bath and read him a book before he and Meghan spend time together.

He said they may watch game show Jeopardy! or something on Netflix.

Asked what he thinks about The Crown, Harry replied: “They don’t pretend to be news, it’s fictional but it’s loosely based on the truth.

“Of course it’s not strictly accurate, but, loosely, it gives you a rough idea about what that lifestyle, what the pressures of putting duty and service above family and everything else, what can come from that.

“I am way more comfortable with The Crown than I am seeing the stories written about my family, or my wife or myself.”

He said The Crown is “obviously fiction” whereas he has a “real issue” with some of the stories written about him.

Harry joked that he would want Homeland star Damian Lewis to play him.

The segment opened with Corden telling the duke to pay the fare before jumping on the bus. Harry quipped: “You know us royals – we don’t carry cash.”

Corden served him afternoon tea while pointing out celebrity homes, including what he claimed were those of Friends star David Schwimmer and Die Hard actor Bruce Willis.

During a visit to the house that featured in 1990s sitcom The Fresh Prince Of Bel-Air, Harry rapped the famous theme song, which was originally performed by Will Smith.

Corden tried to convince him to buy the sprawling mansion before the duke went inside to use the bathroom.

The pair then video-called Meghan, who, in response to Corden’s suggestion they buy the house, joked: “I think we’ve done enough moving.”

She then asked “Haz” how his tour of Los Angeles was going, and he said Corden was “the worst tour guide in LA”.

Harry and a reluctant Corden also tackled an assault course, with the TV host complaining about getting dirty.

Harry and Meghan will appear in a US primetime TV interview with Oprah Winfrey, which is set to be broadcast on March 7.

The couple are expected to discuss their life in America.