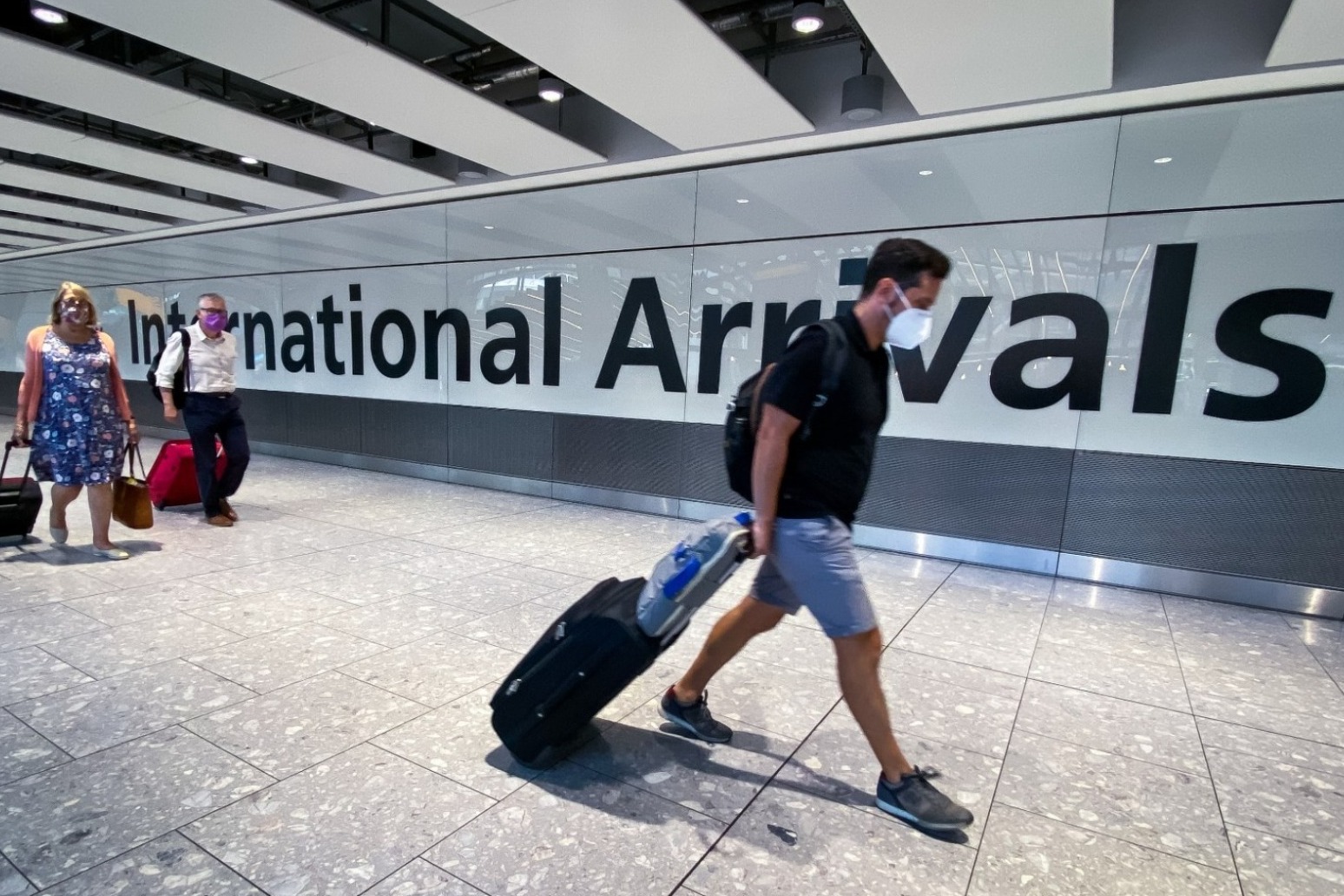 Hunt for mystery person with concerning Brazilian variant of coronavirus

A hunt is under way to locate one of the first people in the UK believed to have contracted the Manaus variant of coronavirus, a new strain that may spread more rapidly and respond less well to existing vaccines.

Two were confirmed in South Gloucestershire but the third English case has not been located and could be anywhere in the nation, with PHE saying the person did not complete their test registration card so their contact details are absent.

Anyone who took a test on February 12 or 13 and has not received a result, or has an uncompleted test registration card, is being asked to come forward immediately, as health officials scramble to track down the individual.

Critics said the development exposed the “weaknesses” in the border protections against new strains and condemned the Government for delaying toughening restrictions.

The Gloucestershire cluster was said to originate from one individual who travelled back from Brazil and arrived in London on February 10 – five days before the Government’s quarantine hotel policy came into force.

The traveller isolated at home with the rest of their household under the rules in place at the time. One member exhibited Covid symptoms before getting a test.

It is understood there were four positive tests in total in that household, two of which were confirmed with genetic sequencing to be the P.1 variant.

But officials are awaiting the results of sequencing on the outstanding two tests to see if they were infected by the Manaus strain.

PHE and NHS Test and Trace are contacting the passengers on Swiss Air flight LX318 travelling from Sao Paulo, through Zurich, and landing in London Heathrow on February 10.

Surge testing will be carried out in the Bradley Stoke, Patchway and Little Stoke areas of South Gloucestershire.

The remaining unlocated case is not believed to be linked to the others because the virus was found to have slight genetic differences.

Officials said the individual’s test was processed on February 14, so believe it is likely they took it a day or two earlier.

They believe that person is unlikely to have taken their test at one of the regional test sites, where staff can check if contact details have been provided, but it could have been a home test or from local surge testing.

The Scottish Government said three residents who returned to north-east Scotland from Brazil, via Paris and London, subsequently tested positive for Covid-19.

The tests, completed in early February, were passed to the UK’s sequencing programme and were identified as being the Manaus variant.

Officials are contacting the other passengers on their flight from London to Aberdeen.

The cases are not thought to be connected to the three confirmed cases in England.

The World Health Organisation has been informed of the cases, which have been designated “of concern” as the strain shares key mutations with the variant detected in South Africa.

More work is needed but there are concerns that the existing vaccines may be less effective against the Manaus strain.

“The new vaccines which are being used for Covid can be adapted very rapidly so it’s likely that if we do need to change the vaccine that can be done in months, rather than years, which was the case with the more traditional vaccines,” he told BBC News.

It is understood that officials became aware of the English cases on Friday and the Scottish ones on Saturday.

The chairwoman of the Commons Home Affairs Committee, the Labour MP Yvette Cooper, said: “This troubling development shows the weaknesses in the Government’s Covid border measures.

“The Brazil variant was first identified a month before one of these cases was brought in on February 10 and many weeks after the Prime Minister was warned that indirect flights were a problem, yet the Government delayed putting stronger measures in place.

“We need to know urgently how all these cases have arrived in the country and why they weren’t prevented or picked up on arrival so that lessons can be quickly learnt and policies changed to protect the vaccine programme from further cases arriving.”

Shadow home secretary Nick Thomas-Symonds said the detection of the variant in the UK was “deeply concerning”.

“It is now vital that we do everything we can to contain it. But this is further proof that the delay in introducing a hotel quarantine was reckless and the continuing refusal to put in place a comprehensive system leaves us exposed to mutations coming from overseas,” the Labour MP said.

The quarantine hotel policy to protect the UK against new variants came into force on February 15 after much delay.

It means those returning from “red list” countries, including Brazil, must quarantine in Government-designated hotels for 10 days at a cost of £1,750 for a single adult.

Scottish Health Secretary Jeane Freeman said: “The identification of this new variant is a concern but we are taking every possible precaution.

“This new variant demonstrates how serious Covid is and reinforces the need to minimise the spread of the virus.”

The disclosure of the variant’s presence came shortly after the Government said that 20 million people in the UK have now been given their first dose of a vaccine.

Prime Minister Boris Johnson said it was a “huge national achievement”, after a rise of 407,503 first jabs in a day.

Meanwhile, a further 144 people had died within 28 days of testing positive for Covid-19 as of Sunday, bringing the official UK death toll to 122,849.

And NHS leaders said nine out of 10 people aged 65 and over in England have had their first Covid vaccine.