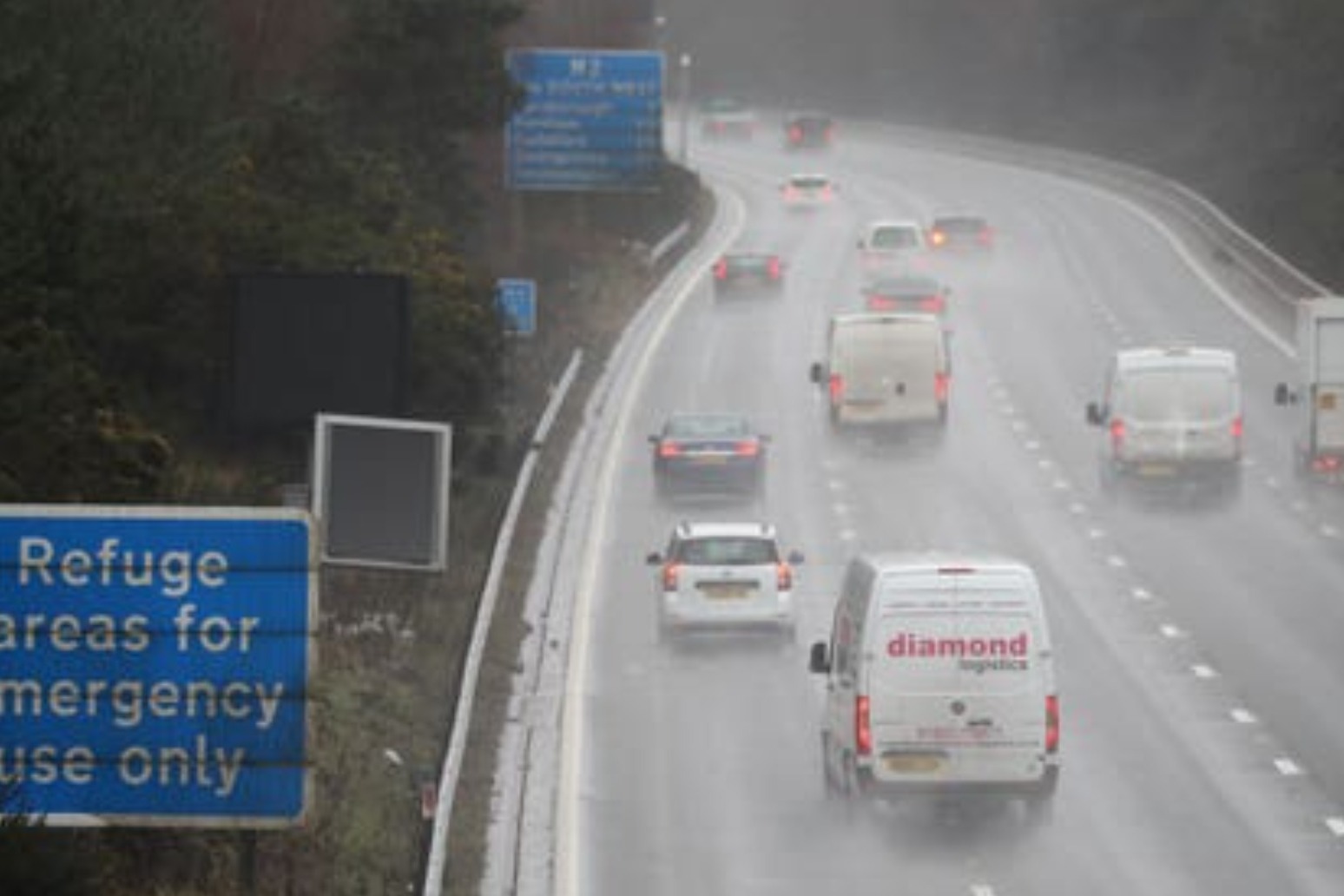 An investigation into the safety of smart motorways has been launched.

The inquiry by the Commons’ Transport Select Committee will also analyse the impact of the roads on reducing congestion.

Smart motorways often involve converting the hard shoulder to a live running lane to boost capacity without widening the carriageway.

They have been in the spotlight in recent weeks due to growing safety concerns.

This was after two people died when a lorry driver ploughed into their vehicles while they were stationary on the M1 in South Yorkshire.

Transport Secretary Grant Shapps told the committee last month that he “inherited” smart motorways, and pledged to get “get rid of confusions”.

These include “insane” dynamic hard shoulders, which switch between being used for emergencies and live traffic depending on demand.

He published a smart motorways action plan with 18 measures to boost safety.

Tory MP Huw Merriman, who chairs the committee, said: “The Department for Transport says smart motorways help us cope with a 23% rise in traffic since 2000, helping congestion.

“This message isn’t reaching the public, whose confidence in smart motorways has been dented by increasing fatalities on these roads.

“Road safety charities are also expressing concerns. Will enhanced safety measures help? Will the public accept them following an awareness campaign? Or should there be a rethink of Government policy?

“There are genuine worries about this element of the motorway network and we want to investigate how we got to this point.”

Labour’s shadow transport secretary Jim McMahon said: “Dozens of people have lost their lives on smart motorways, so this investigation is welcome.”

RAC head of roads policy Nicholas Lyes said: “There is an increasing level of concern around the safety of smart motorways from the driving public through to Westminster.

“While a major review has identified a number of key actions to improve safety and some progress has been made, there is still a great deal of work to do which will take several years to complete.”

A Department for Transport spokeswoman said: “Since taking office, the current Secretary of State has expressed his concerns over smart motorways and has committed £500 million to safety improvements.

“We welcome this important inquiry from the Transport Committee and we will provide written evidence to help it in its work.”
Jason Mercer and Alexandru Murgeanu, died on a stretch of the M1 near Sheffild, with no hard shoulder in 2019.

They were stopped when a lorry crashed into their vehicles.

Jason's widdow Claire has been campaigning for smart motorways to be scrapped since the fatal crash.

She's told Radio News Hub the motorways are dangerous and need to be scrapped: "If a car is stopped in a live lane and you're travelling in a lorry at 60 miles per hour you are not going to be able to stop."
She added in her interview with us that her campaign get's "10 messages a week" from people contacting her to say their vehicle had stopped suddenly in the third lane of a motorway and they had no where to go.
You can read more about her campaign here.