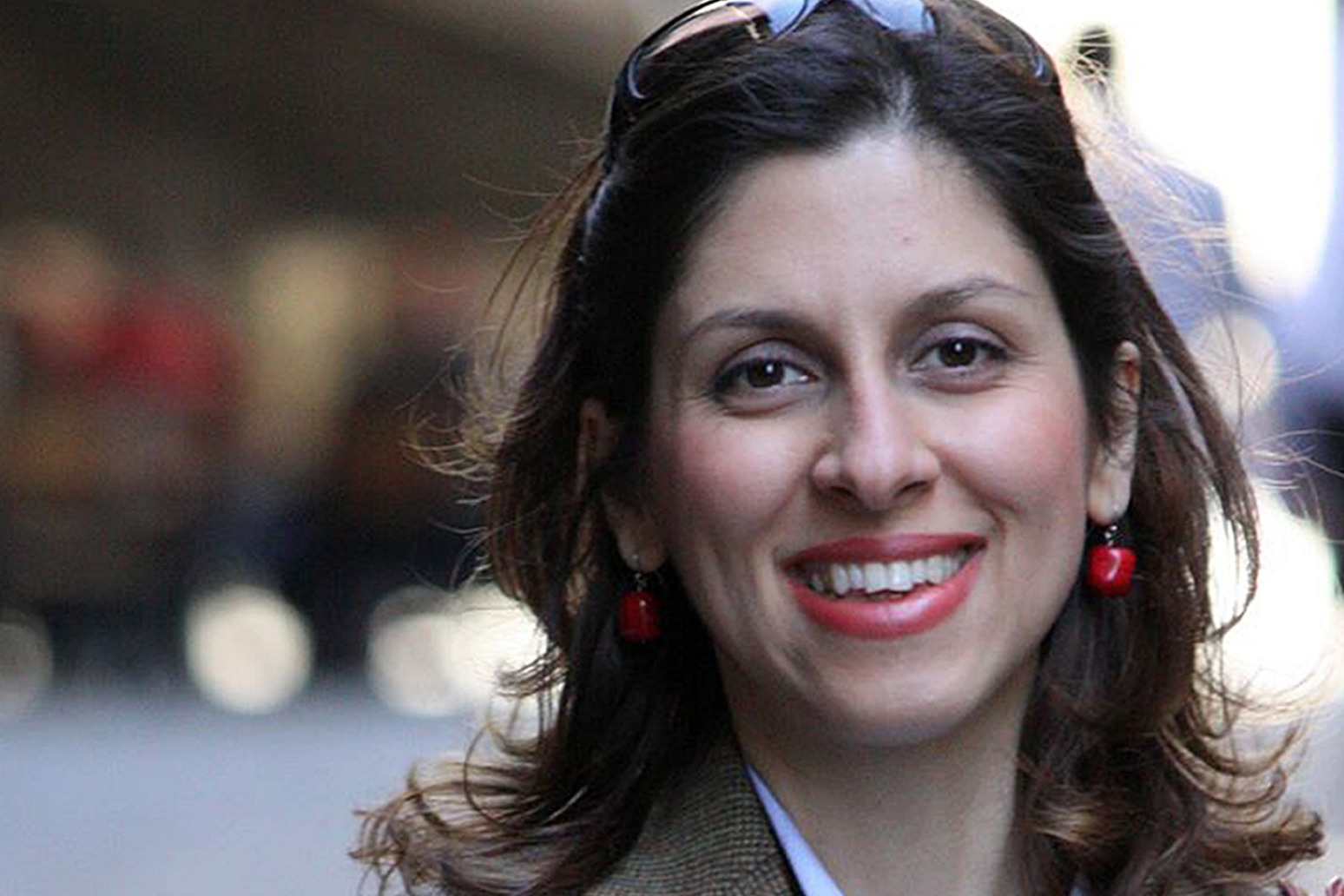 Nazanin Zaghari-Ratcliffe, 42, has completed a near five-year sentence in the Islamic Republic over allegations of plotting to overthrow its government.

The husband of a British-Iranian mother detained in Iran for the past five years has said his wife “remains in harm’s way” and “in the middle of this government game of chess”.

Nazanin Zaghari-Ratcliffe, 42, has completed a near five-year sentence in the Islamic Republic over allegations of plotting to overthrow its government – charges which she vehemently denies.

The mother-of-one finished the latter part of her sentence under house arrest and had her ankle tag removed on Sunday – but must still appear before an Iranian court in a week’s time.

Her husband Richard Ratcliffe told the PA news agency in a message on Sunday that “it’s a mixed day for us” and “Nazanin is genuinely happy” to be free of her electronic bracelet.

He said: “I’m a bit more guarded. It feels to me like they have made one blockage just as they have removed another, and we very clearly remain in the middle of this government game of chess.”

He said he was “grateful” for the “strong words” of Foreign Secretary Dominic Raab, who earlier condemned the “cruel and intolerable” treatment of Mrs Zaghari-Ratcliffe and called for her swift return to the UK.

Mr Ratcliffe added: “She is having a nice afternoon, has turned her phone off and is not thinking about the rest of it.

“But she remains in harm’s way, even if today she is determined not to feel it.”

Mr Johnson tweeted: “Pleased to see the removal of Nazanin Zaghari-Ratcliffe’s ankle tag, but her continued confinement remains totally unacceptable. She must be released permanently so she can return to her family in the UK, and we continue to do all we can to achieve this.”

Mrs Zaghari-Ratcliffe, of north London, was arrested at Tehran’s Imam Khomeini Airport while taking her young daughter Gabriella to see her parents in April 2016.

The charity worker, who was employed by the Thomson Reuters Foundation at the time of her arrest, strongly denies the charges and rights groups say she was jailed with no evidence and her trial was unfair.

Foreign Secretary Mr Raab said in a statement: “We welcome the removal of Nazanin Zaghari-Ratcliffe’s ankle tag, but Iran continues to put her and her family through a cruel and an intolerable ordeal.

“She must be released permanently so she can return to her family in the UK. We will continue to do all we can to achieve this.

“We have relayed to the Iranian authorities in the strongest possible terms that her continued confinement is unacceptable.”

The UK has been locked in a high-profile diplomatic tussle over Mrs Zaghari-Ratcliffe’s detention and the UK Government has afforded her diplomatic protection, arguing she is innocent and that her treatment by Iran failed to meet obligations under international law.

Mrs Zaghari-Ratcliffe has been used as a political pawn, according to Nobel Laureate and Iranian human rights lawyer Shirin Ebadi, and civil rights groups like Amnesty International say her trial was unfair and she was jailed with no evidence.

Former foreign secretary Jeremy Hunt said on Twitter it was “beyond cruel to toy with an innocent mother” and told Sky News that “hostage diplomacy is wrong, immoral and absolutely disgusting”.

Kate Allen, director at Amnesty International UK, said: “Nazanin was convicted after a deeply unfair trial the first time around and this spurious new charge and possible trial is clearly designed to delay her release and exert yet more pressure on Nazanin and her family.

“The UK Government must not take this lying down. All the past talk of not leaving any stone unturned to secure Nazanin’s release must now be translated into very serious diplomatic action.”

The UK is thought to owe Iran as much as £400 million over the non-delivery of tanks in 1979, with the shipment stopped because of the Islamic revolution.

Mrs Zaghari-Ratcliffe’s constituency MP, Tulip Siddiq (Hampstead and Kilburn), has linked the debt with the case.

She told PA last month: “My constituent’s life is basically a bargaining chip because she’s not being set free because we haven’t fulfilled our responsibility of paying the debt.

“If there’s some movement on that I reckon Nazanin’s chances are increased.”

Foreign Office minister James Cleverly called the debt and Nazanin’s imprisonment “unrelated issues” when it was raised in the House of Commons last November.

Mr Cleverly said in the same session: “We recognise the debt is due. We are working to resolve this.”