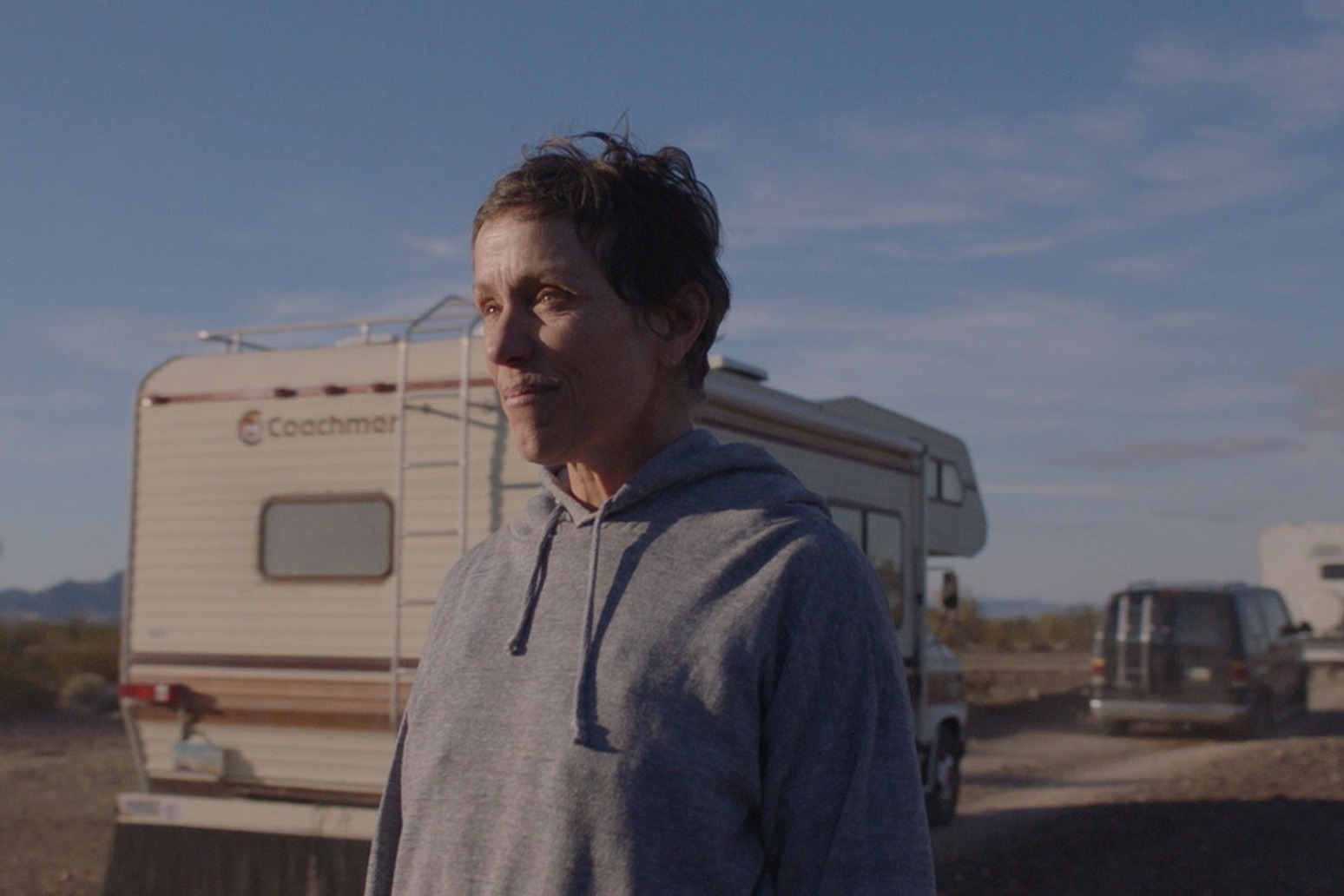 Road movie Nomadland and coming-of-age drama Rocks lead the diverse nominations at the Bafta film awards, where four female filmmakers are in the running for the best director prize.

The British Academy of Film and Television Arts introduced a raft of changes to its film ceremony – including expanding the nominations for director, actor and actress from five to six – in response to a lack of diversity in last year’s line-up.

The contenders for the 2021 film awards, which were delayed due to the Covid-19 pandemic, have been unveiled and feature a raft of performers from diverse backgrounds.

Chadwick Boseman has received a posthumous Bafta nomination for his performance as an ambitious trumpeter in Ma Rainey’s Black Bottom.

He died aged 43 last August due to complications related to colon cancer.

Also nominated in the best actor category is Riz Ahmed for his role as a drummer who loses his hearing in Sound Of Metal, as well as Adarsh Gourav for The White Tiger, Tahar Rahim for The Mauritanian, Sir Anthony Hopkins for his turn in drama The Father, about a man slipping into dementia, and Mads Mikkelsen for Another Round.

The nominees in the leading actress Bafta category are Bukky Bakray for Rocks, Radha Blank for The Forty-Year-Old Version, Vanessa Kirby for Pieces Of A Woman, Frances McDormand for Nomadland, Wunmi Mosaku for His House and Alfre Woodard for Clemency.

Female directors were entirely absent from the shortlist in 2020 but this year four of the six are women, with nods going to Shannon Murphy for Babyteeth, Jasmila Zbanic for Quo Vadis, Aida?, Sarah Gavron for Rocks and Chloe Zhao for Nomadland, as well as Thomas Vinterberg for Another Round and Lee Isaac Chung for Minari.

Daniel Kaluuya has picked up a supporting actor nomination for his role as Black Panther leader Fred Hampton in Judas And The Black Messiah, and he will compete against Leslie Odom Jr for One Night In Miami, Clarke Peters for Da Five Bloods, Paul Raci for Sound Of Metal, Barry Keoghan for Calm With Horses and Minari actor Alan Kim, who is the youngest ever Bafta nominee at eight years old.

His co-star Yuh-Jung Youn is nominated in the supporting actress category, alongside Niamh Algar for Calm With Horses, Kosar Ali for Rocks, Maria Bakalova for Borat Subsequent Moviefilm, Dominique Fishback for Judas And The Black Messiah and Ashley Madekwe for County Lines.

Bafta introduced changes to voting, membership and campaigning processes as a result of controversy last year, while the outstanding British film category was expanded from six to 10 nominations to increase the focus on British work.

The contenders are Calm With Horses, The Dig, The Father, His House, Limbo, The Mauritanian, Mogul Mowgli, Promising Young Woman, Rocks and Saint Maud.

Krishnendu Majumdar, chair of Bafta, said: “This year’s nominations showcase and celebrate the remarkable range of performances and nominees behind the camera from 50 films and we’re delighted to recognise such high-quality work.

“We are also delighted to see the strength of British film shine through in all categories.

“After last year’s nominations, we started the Bafta review process with the intention of levelling the playing field and introduced a range of measures to ensure that all entered films were seen by our members and judged on merit.

“We hope today you can see some of those changes reflected in the breadth and depth of those nominated and we congratulate all our nominees.”

UK weather: Extreme heat warnings to be given out after excess deaths soared during last year’s heatwaves