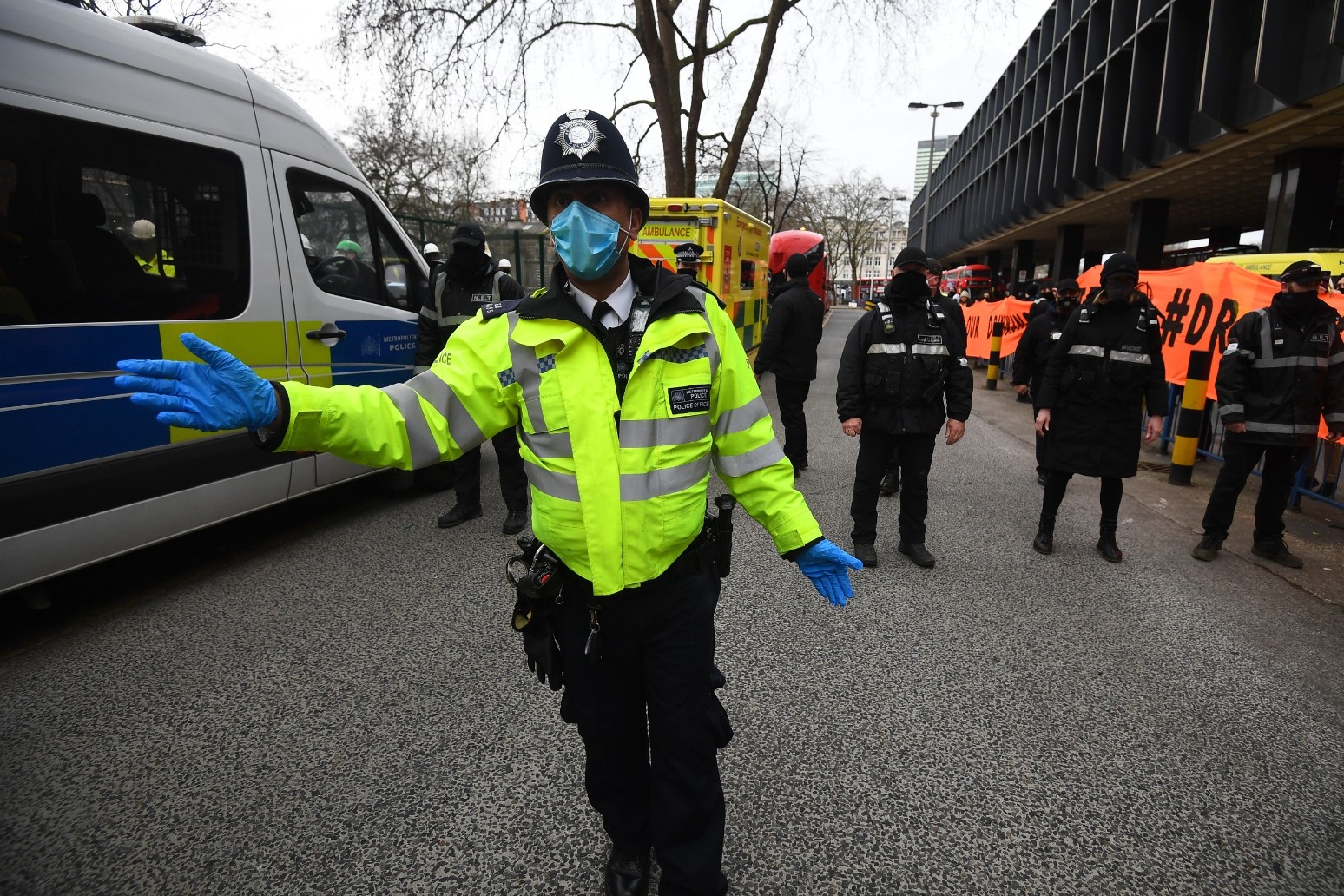 Police and teachers angered by age-based rollout of coronavirus vaccine

Teaching unions and police officers have been angered by the Government’s move to continue the rollout of coronavirus vaccines in age order, rather than prioritising the frontline professions.

Health Secretary Matt Hancock defended pans for the next stage of the UK vaccination programme by arguing on Friday it is the “fastest and simplest way to roll out the jabs”.

He said the view of the Government and its advisers was that “the right thing to do, the moral thing to do, is to make sure that we save the most lives”.

The Joint Committee on Vaccination and Immunisation (JCVI) has advised that vaccination in order of age remains the quickest way to cut deaths, with age still a dominant risk factor for serious illness and death from Covid-19.

This means that phase two of the vaccine rollout, which is expected to begin in April, will start with people aged 40 to 49 before moving on to younger age groups.

Teaching unions have reacted angrily to the news, while the national chairman of the Police Federation of England and Wales said it was a “deep and damaging betrayal” of police officers, which “will not be forgotten”.

Mr Hancock told a Downing Street briefing the JCVI had looked at clinical evidence on who is at highest risk of death and also how quickly jabs could get into people’s arms.

Asked specifically why teachers are not being prioritised, he said data showed that “thankfully teachers are no more likely to catch Covid than any other member of the population who goes to work”.

“Trying to come up with a scheme which prioritises one professional group over another would have been complicated to put in place and wouldn’t have done what we asked the JCVI to do, which I think is the right thing, which is to make sure we minimise the amount of people who die by using the vaccine,” he added.

England’s deputy chief medical officer, Professor Jonathan Van-Tam, said that prioritising by occupations would “damage the pace of the vaccine rollout so much”.

He added: “It’s more important to be in the queue, worry less about where exactly you are in the queue but be reassured the queue is moving really fast and that you’re going to get to the front of the queue because it’s moving fast.”

Prof Van-Tam said other occupations were higher risk than teaching, including people working in catering as well as “metal-working and machine operatives, food, drink and tobacco process operatives, chefs, taxi and cab drivers”.

Presenting a series of slides on coronavirus case rates across England, he said there “were quite a few areas of the UK that are burning quite hot”, including in the Midlands and spreading up to the west coast of England.

Prof Van-Tam urged those who have been vaccinated to stick to the rules, urging the public: “Do not wreck this now.”

“It is too early to relax,” he added. “Just continue to maintain discipline and hang on just a few more months.”

The Police Federation’s John Apter said officers were incensed by the move.

He told the PA news agency: “There’s real palpable anger from all levels within policing about how we have been completely disregarded and ignored in this phase.

“What is expected of policing does put them at risk.

“This is a very deep and damaging betrayal and it will not be forgotten.”

Paul Whiteman, the general secretary of school leaders’ union NAHT, added: “I am amazed by the continuing dedication of school teams.

“The Government has let them down at every turn.”

But Professor Wei Shen Lim, the JCVI’s Covid-19 chairman, explained the reasoning behind the decision not to prioritise groups such as teachers and police officers in phase two of the vaccination programme.

He said that even within different occupations, it was older people who were more at risk than those who were younger.

One of the difficulties with looking at vaccination according to occupation was that jobs were not very well recorded in GP records, he added.

“Trying to work out the association between occupational risk and exposure and severe disease has been difficult enough, and I think structuring an entire mass vaccination programme around occupation would be even more difficult,” he said.

“We know that an age-based programme is simple and works very well and it seems sensible to continue with that, keeping an eye on speed because speed of deployment is the important factor.”

It comes as new data from the Office for National Statistics shows that around one in 145 people in private households in England had Covid-19 between February 13 and 19, down from about one in 115 the previous week.

Meanwhile, the coronavirus R value, which measures the rate of spread of the virus, unchanged and is between 0.6 and 0.9 across the UK.

Some 19 million people have now had a first dose of a Covid-19 vaccine, 35% of all adults in the UK.