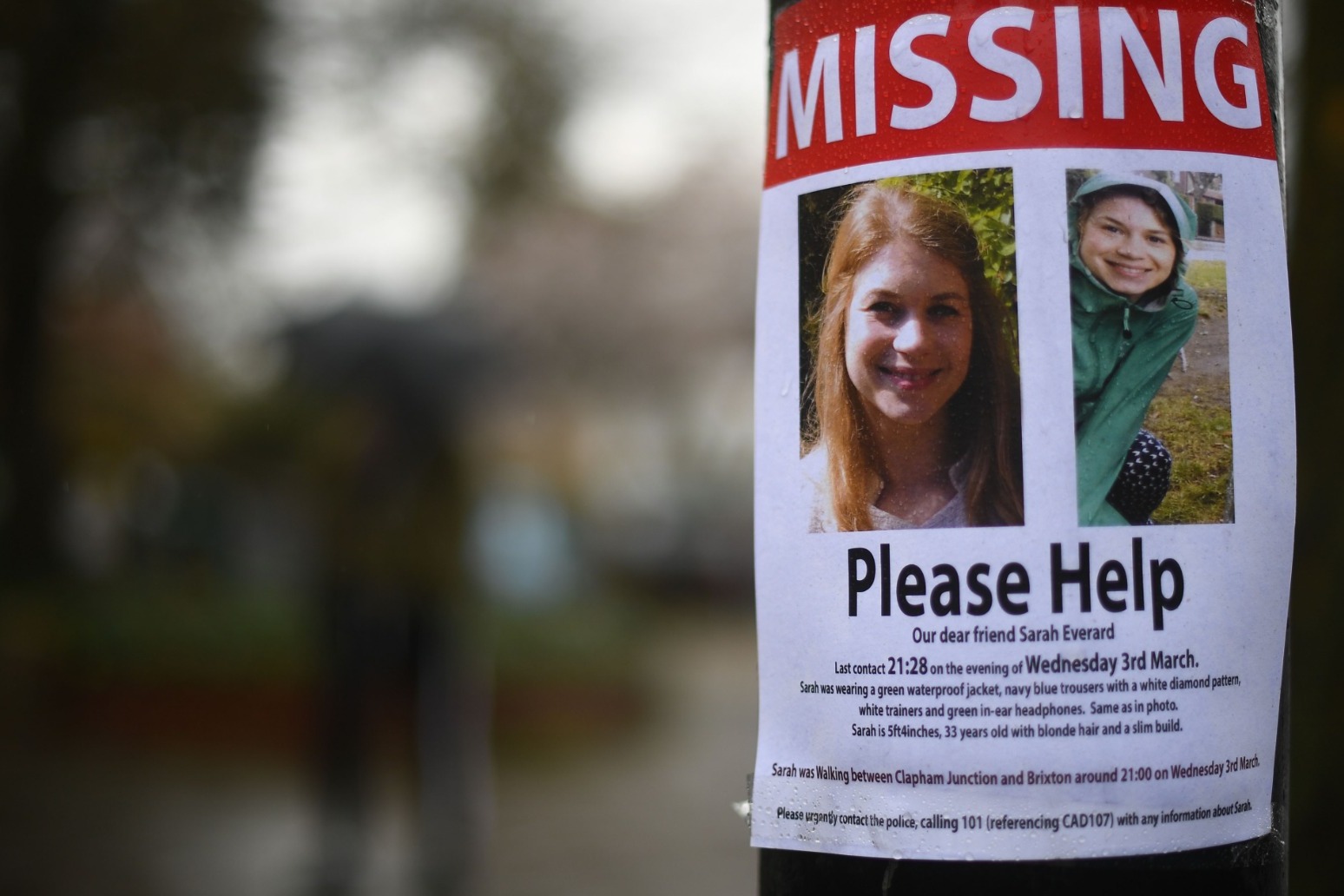 Detectives investigating the disappearance of Sarah Everard are searching a home and woodland in Kent following the arrest of a serving Metropolitan Police officer.

The 33-year-old marketing executive vanished while walking home from a friend’s flat in south London on Wednesday March 3.

Late on Tuesday, the Met Police said that a serving officer from the force had been arrested as part of the investigation, but in an unusual step would not reveal what he had been detained for.

On Wednesday, police searches were being carried out in two locations in Kent – land near Ashford and at a property in Deal.

A tent was erected outside a house in Freemens Way in Deal, and a car was seen being taken away from the property.

A neighbour in the road said a police officer lives at the address with his “chatty” wife and two children.

She said: “They just seemed like a normal, regular family, there was nothing strange about them at all.”

She added police were digging up the garden.

The Metropolitan Police said that they were searching a number of locations in Kent but would not reveal where.

The officer, who was not on duty at the time of Ms Everard’s disappearance, was arrested on Tuesday evening at an address in Kent, along with a woman who has been held on suspicion of assisting an offender.

Mr Ephgrave said: “This is a serious and significant development in our search for Sarah and the fact that the man who has been arrested is a serving Metropolitan Police officer is both shocking and deeply disturbing.”

He told reporters that detectives are working “at all speed” to find out what has happened to Ms Everard, and repeated appeals for members of the public to come forward with information.

Turning to the 33-year-old’s family, who along with her friends have issued desperate appeals for help via social media, he said: “As a father myself of four young women I can only imagine the anguish that Sarah’s family are feeling at this very very difficult time.”

Ms Everard is thought to have walked through Clapham Common towards her house in Brixton – a journey which should have taken around 50 minutes.

She was last captured on a doorbell camera walking along the A205 Poynders Road towards Tulse Hill at around 9.30pm on March 3.

On Tuesday evening, police put up a cordon outside a block of flats near where the footage was recorded.

The search was focused on the Poynders Court housing complex, and forensics officers could be seen examining the area.

Sniffer dogs were also used to search the nearby Oaklands Estate and gardens in surrounding streets, while other officers were lifting covers and searching drains along the A205.

The Met said it had received more than 120 calls from the public and had visited 750 homes in the area as part of the investigation.

Mayor of London Sadiq Khan told the PA news agency: “First and foremost I think all of our thoughts would be with Sarah’s family, her parents and her siblings and her friends.

“It must be awful for them, they are in our thoughts and prayers. Actually Sarah went missing from near to where I live and we’ve seen, my wife and daughters walking around, the posters her friends have put up and it’s heart-breaking, it’s heart-wrenching.”

He said he is in regular contact with the Met Commissioner Dame Cressida Dick about the investigation.

Mr Khan added: “It is now in the public domain that a serving Met Police officer has been arrested.