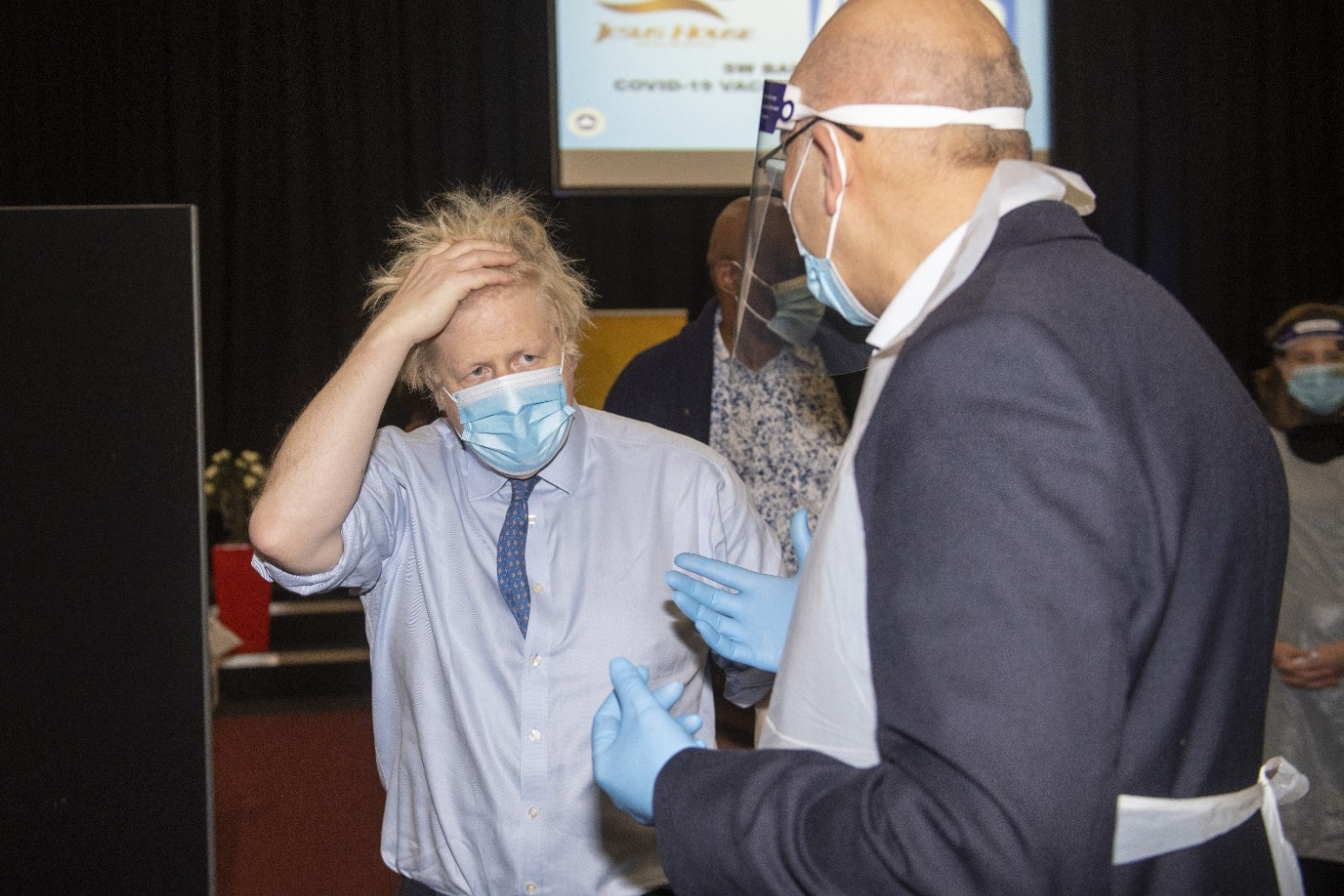 Pupils at greater risk at home than they are at school, says Boris Johnson

Some pupils have not been in lessons since late December, while others briefly returned before the third lockdown came into force early in the new year.

Boris Johnson said he is “very hopeful” the return of pupils will go to plan as he warned the risk of keeping classrooms locked outweighed a school-led spike in Covid cases.

Pupils in England are set to return to school for the first time in two months on Monday as part of the first stage of lockdown easing.

Some scientists have raised concerns the increased levels of interaction could push the reproduction number – the R value – above 1, causing coronavirus to spread faster.

The Prime Minister echoed the warnings of education experts that more damage was being done to pupils by keeping them at home than having them return to in-person lessons.

Speaking to broadcasters on Sunday, Mr Johnson said: “You ask about the risk (of schools returning) – I think the risk is actually in not going back to school tomorrow given all the suffering, all the loss of learning we have seen.”

It comes after Amanda Spielman, England’s chief schools inspector, expressed concern about eating disorders and self-harming among children after she said pupils endured “boredom, loneliness, misery and anxiety” during the school shutdown since January.

In her final address as children’s commissioner for England last month, Anne Longfield said it was “impossible to overstate how damaging the past year has been for many children”.

Some pupils have not been in lessons since late December, while others briefly returned before the third lockdown came into force early in the new year.

Mr Johnson said he believed pupils, parents and teachers were “ready” to go back, with more than 20,000 schools set to open their gates once again.

“Tomorrow, on March 8, is the big step on the road map that we hope is a road map to freedom,” the Prime Minister said during a visit to a north London vaccines centre.

“It is made possible by the rollout of the vaccination programme.

“I’m very hopeful that it will work, it will all go according to plan and that all kids, all pupils, will be back in schools tomorrow.

“I’m massively grateful to parents who have put up with so much throughout the pandemic and teachers who have done an amazing job of keeping going.

“I do think we are ready, I think people want to go back, they feel it, they feel the need for it.”

Ofsted chief inspector Ms Spielman, in an interview with Sky News’ Sophy Ridge On Sunday, said remote education had “been a real slog” for many.

She said teachers and parents “need to be alert” to more serious mental health difficulties persisting for a minority of children even after face-to-face learning resumes.

“There is a minority – and let’s hope it is not too large a minority – whose problems have increased and it is really important that we are good at recognising where problems are arising,” she said.

“Things like eating disorders, things like self-harm and mental health services are very aware of the kinds of problems that have been increasing and whether they can expect more cases coming through, so everybody needs to be alert to these.”

It came as the Education Secretary said proposed changes to the summer holidays and longer school days were being considered for helping pupils catch up on lost learning during the pandemic.

Gavin Williamson said Sir Kevan Collins, the Government’s education recovery commissioner, would be looking at what measures to introduce over the next 18 months.

“For us, we see this as one of those moments, a little bit like the 1944 Education Reform Act which came out of the Second World War, about how we can be transformative in terms of changing and improving the opportunities for young people but it’s got to be evidence based.”

The Cabinet minister gave a guarantee that schools would continue again after the Easter holidays, adding: “We are very much factoring in as part of the road map that actually schools will be staying open.”

Meanwhile, the vaccine programme continues to accelerate, with people aged between 56 and 59 being invited to book Covid-19 jabs this week.

Across the whole of the UK, more than 1.1 million people have received both doses of a Covid-19 vaccine, while 22.2 million first doses have been administered.