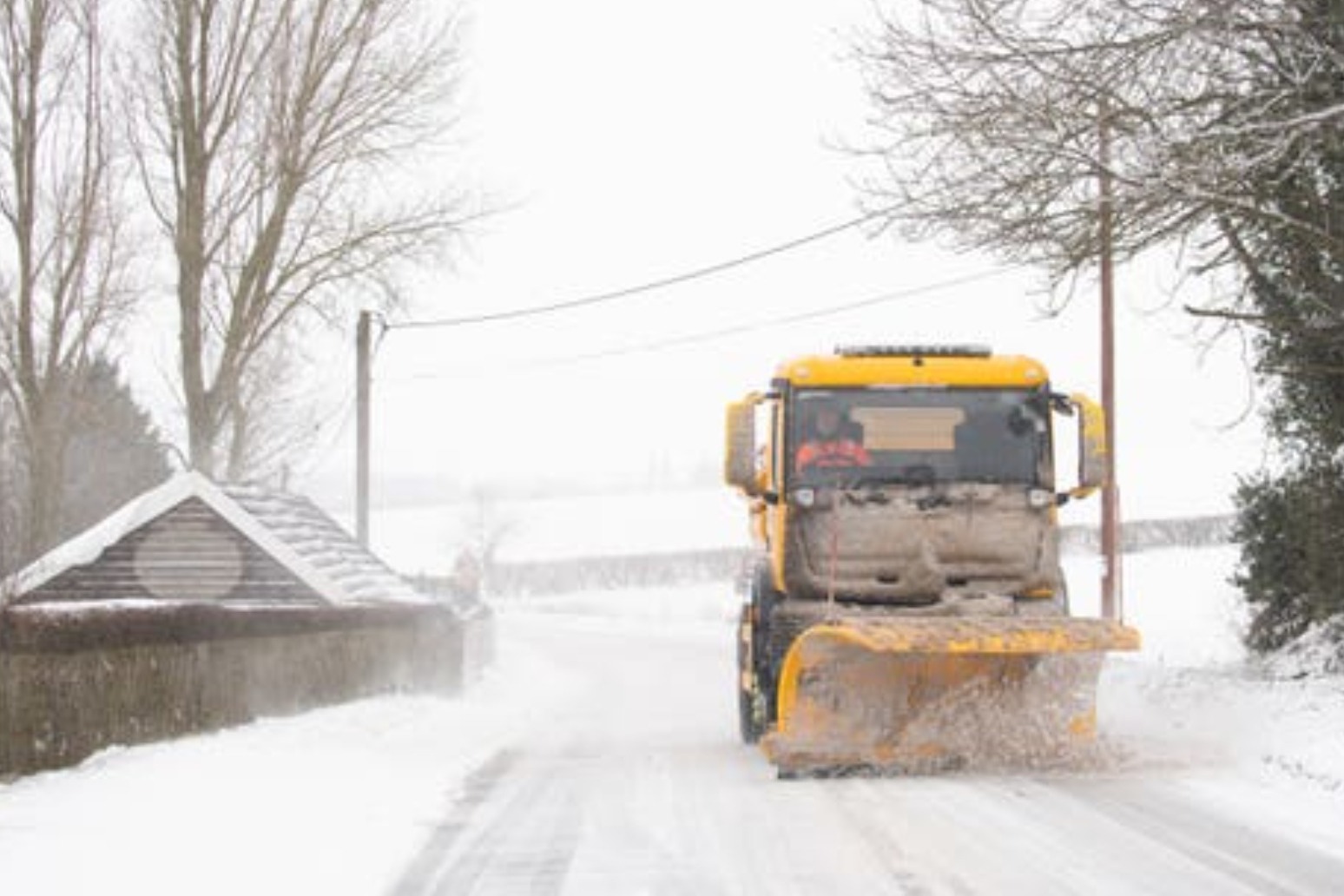 Police have warned people not to travel as heavy snow and ice brought disruption to parts of the UK, closing coronavirus vaccination centres and schools. The Met Office has issued severe amber snow warnings for London and south-east England, where heavy snow is likely to cause long delays on roads as well as affecting rail and air travel.

Another amber warning is in place for Nottinghamshire and north to Sheffield, as well as east into Lincolnshire.

Both warnings said power cuts are likely, along with interruptions to mobile phone services.

On Monday, police forces in parts of Suffolk, Norfolk and Essex have told drivers not to travel as roads became “impassable” due to settled snow.

Suffolk Highways said conditions were “worsening”, comparing the recent weather to the “Beast from The East” of 2018.

People in Kent were told to expect slower traffic, echoing many forces around the country in warning drivers only to travel “if necessary”.

Meanwhile, National Rail has told train passengers that services across the country are likely to be affected by the conditions.

The firm said “it may be necessary to close some routes” urging customers to travel “later in the morning”.

A number of schools were closed across the south-east of England and Lincolnshire.

Yellow snow and ice warnings are also in place for much of the rest of the UK, with people told to expect “frequent” wintry showers that “may lead to travel disruption in places”.

The warnings, stretching across northern England to Belfast in Northern Ireland and down to the south-east of England, says “rural communities could become cut off”.

Between 10-15 cm of snow is “plausible” in areas where showers “merge into more organised and prolonged spells”.

Temperatures are expected to plummet below 0C for most of the UK.

The Met Office said: “Strong easterly winds will make it feel bitterly cold across much of the UK, with further snow showers feeding westwards.

“These showers merging into some longer spells of snow over some eastern areas, whilst always drier and brighter further west.”

The warnings will run into Wednesday.

Public Health England (PHE) has issued a cold weather alert for the whole of the country, saying it could have “a serious impact on health”.

Dr Owen Landeg, of PHE, said: “For older people and those with heart and lung problems, it can increase the risks of heart attacks, strokes and chest infections.”