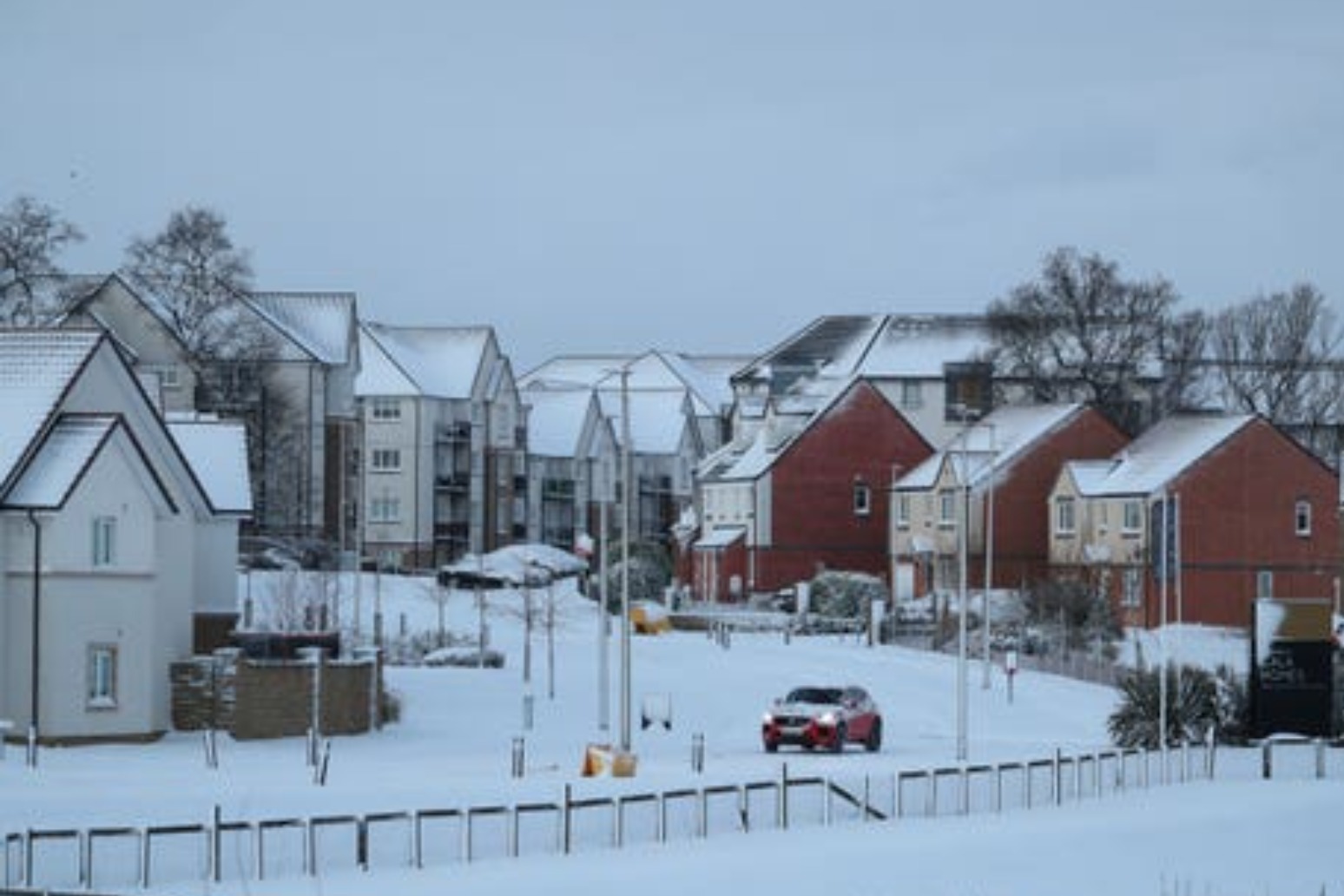 Snow and ice warnings still in place for most of Britain

Snow and ice warnings remain in place for most of England and Scotland as the effects of Storm Darcy continue to cause traffic delays and other hazards. The Met Office has yellow warnings for snow and ice current for the eastern half of Great Britain extending to the Shetland Islands, advising of likely longer journey times by road, bus and rail, and cautioning people to be wary of slipping on ice.

A more severe amber warning for snow is in place, in effect until 9pm, for Scotland between Glasgow and Edinburgh and north to Perth.

The Met Office says people in the region can expect delays on roads as snow continues in the morning, likely leading to vehicles and passengers being stranded.

Delays and cancellations are also predicted for rail and air travel, some rural communities could be cut off, with power cuts and disruption to mobile phone coverage also likely.

While snowfalls for most of Britain are expected to ease on Tuesday, snow showers in many northern and eastern parts of Britain are forecast, reaching depths of 15cm (6 inches) in places.

A yellow warning for snow and ice also remains current for the southern half of Northern Ireland.

Storm Darcy has brought havoc to many parts of the country, with police in parts of Suffolk, Norfolk and Essex on Monday advising against driving as roads became “impassable” due to settled snow.

In Norfolk, one driver had to be dug out of his car after it became trapped in a snowdrift.

Several Covid-19 vaccination centres were forced to close, including Clacton Hospital, Colchester United’s stadium, Gainsborough Sports Centre in Ipswich and Chevington Close in Bury St Edmunds, and a number of schools were closed across the south-east of England and Lincolnshire.