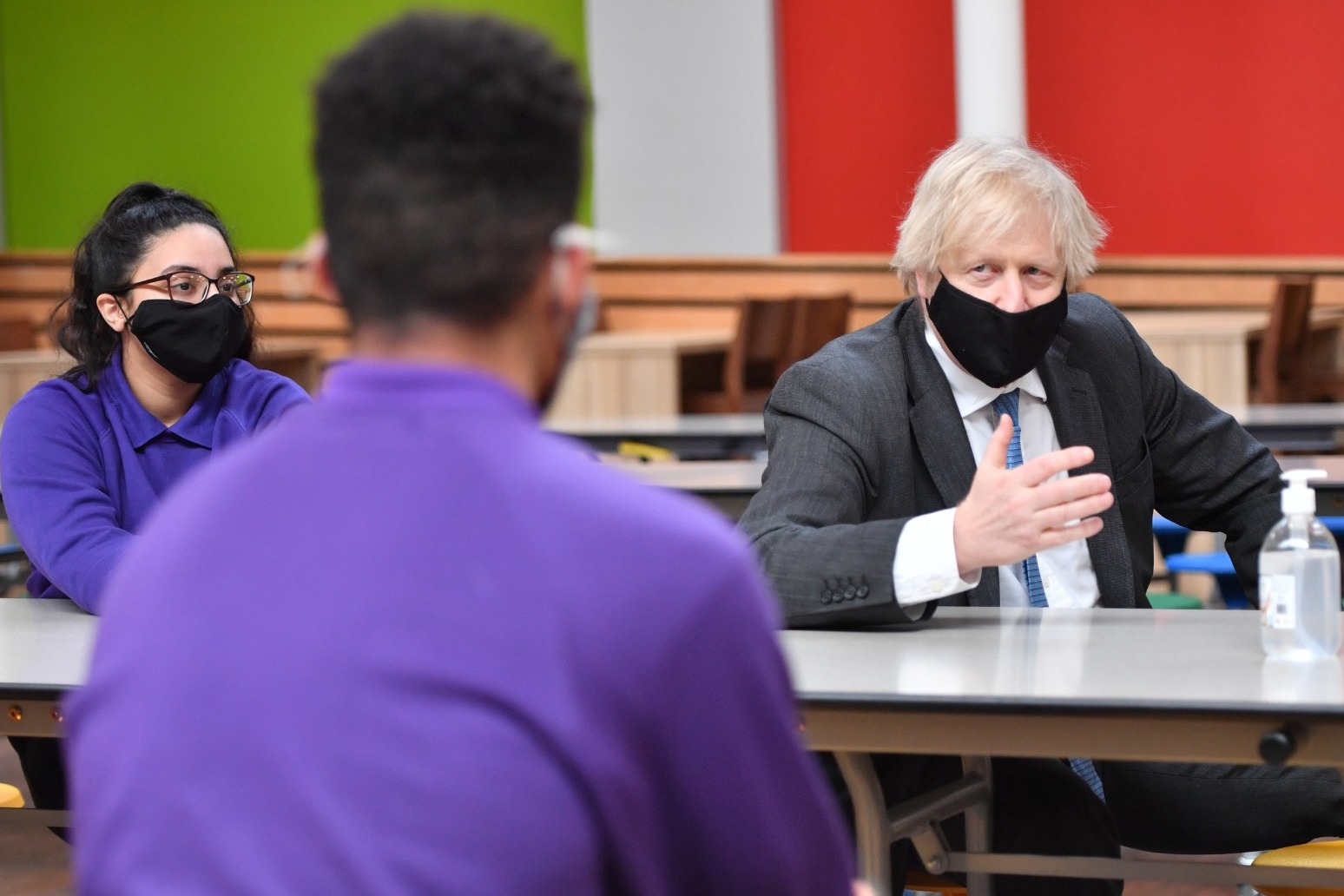 The Education Secretary has insisted A-level and GCSE grades decided by teachers will be fair amid concerns that a “rock cake of grade inflation” could be baked into the system.

Gavin Williamson confirmed to MPs that “no algorithm” will be used to decide grades this summer, with the judgment of teachers relied on instead and any changes made by “human intervention”.

Mr Williamson defended allowing teachers to decide students’ grades after exams were cancelled for a second successive year, as he insisted exam boards will carry out checks to “root out malpractice”.

Addressing the Commons about plans for grading, he said: “Ultimately, this summer’s assessments will ensure fair routes to the next stages of education or the start of their career. That is our overall aim.”

Thousands of A-level students had their results downgraded from school estimates by a controversial algorithm before Ofqual announced a U-turn which allowed them to use teachers’ predictions.

Conservative MP Robert Halfon, who chairs the Commons Education Committee, asked how ministers will ensure there will not be a “wild west of grading” this summer.

The senior Tory said: “The decision to adopt centre-assessed for the second year in a row does highlight the severity of the damage school closures have done, and whilst I accept that it’s the least worst option that the Government has come up with, my concern is not so much about having one’s cake and eating it, but baking a rock cake of grade inflation into the system.”

He called on ministers to set out a plan for ensuring grades are “meaningful” to employers so they do not “damage children’s life chances”.

Mr Williamson said grade inflation was an “important issue” but it was being addressed through internal and external checks.

It comes after the Education Policy Institute (EPI) think tank warned the latest plans could cause “extremely high grade inflation”.

EPI chief executive Natalie Perera said: “Without timely and detailed guidance for schools on how this year’s grades should be benchmarked against previous years, and with classroom assessments only being optional, there is a significant risk that schools will take very different approaches to grading.

“This could result in large numbers of pupils appealing their grades this year or extremely high grade inflation, which could be of little value to colleges, universities, employers and young people themselves.”

Addressing MPs in the Commons about the grading process, Mr Williamson said: “Exam boards will be issuing grade descriptions to help teachers make sure their assessments are fair and consistent.

“These will be broadly pegged to performance standards from previous years so teachers and students are clear on what is expected at each grade. By doing this, combined with a rigorous quality assurance process, are just two of the ways this system will ensure greater fairness and consistency.

“Quality assurance by the exam boards will provide a meaningful check in the system and make sure we can root out malpractice.”

Schools will be given wide flexibility in deciding how teachers assess and grade pupils, based on the parts of the curriculum they have been taught.

Results will be published earlier than usual, with A-level grades issued on August 10 and GCSE students receiving their results two days later.

The move is expected to allow more time for pupils unhappy with their grades – particularly A-level students looking to secure university places – to submit appeals.

After the exams fiasco last summer, Mr Williamson resisted demands for his resignation, although the chief regulator at Ofqual and the most senior civil servant at the Department for Education both stepped down, leading to accusations that officials were being scapegoated.

The Education Secretary has told MPs that no algorithm will be used to determine grades this summer and teacher-assessed grades will “only ever be changed by human intervention”.

Addressing the plans for grading on a visit to Accrington Academy in Lancashire on Thursday morning, the Prime Minister said: “I think this is as good a compromise as we can come to. I think it will be fair, I think it will be durable and it’s the right way forward.”

It came as the Government launched an advertising blitz to remind people of the need to still “stay at home” despite declining coronavirus transmission rates, the success of the vaccine rollout and the launch of the road map out of lockdown.

The latest Test and Trace figures show 84,310 people tested positive for Covid-19 in England at least once in the week to February 17.

This is down 21% on the previous week and the lowest number since the week to September 30.