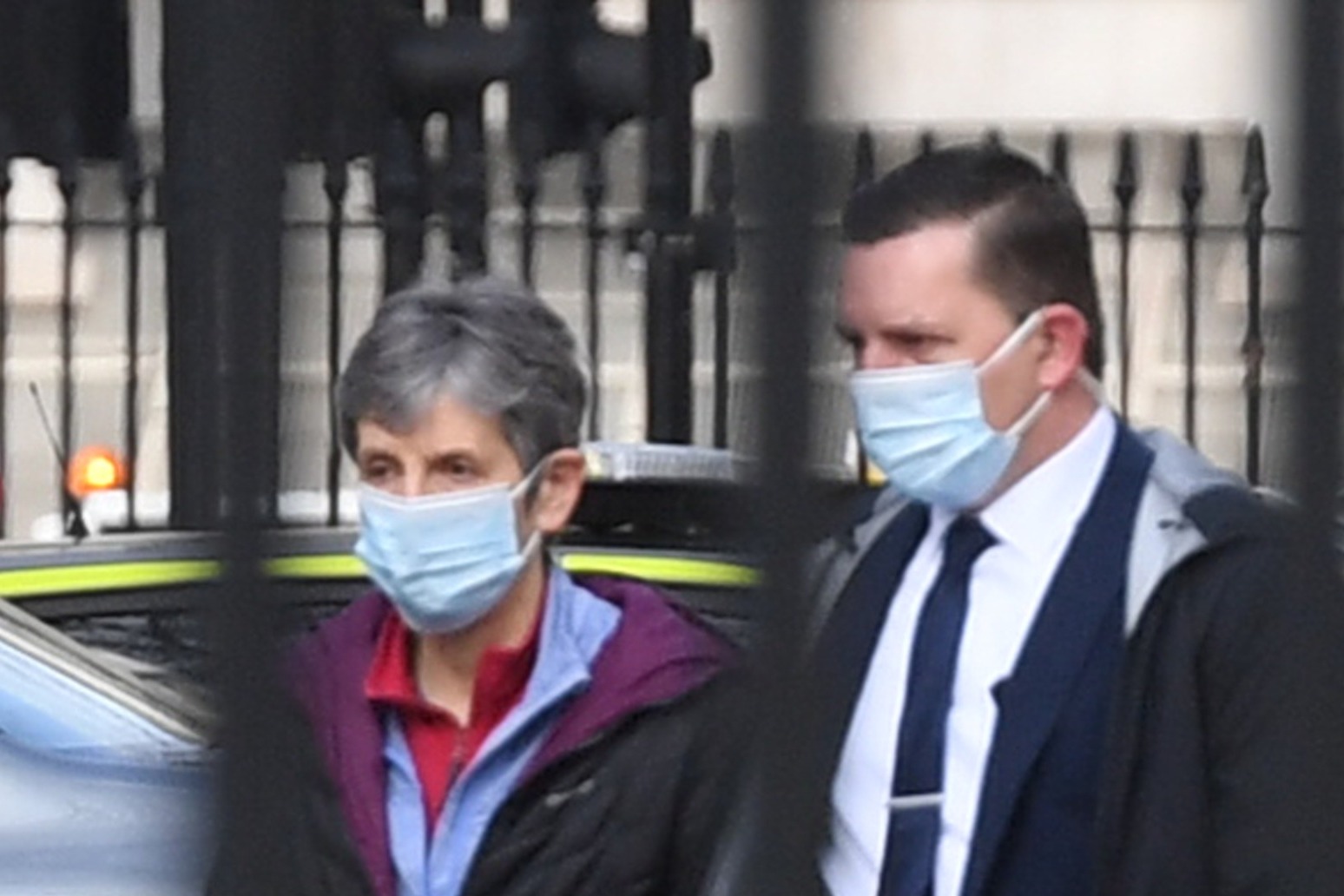 The Prime Minister has given his backing to Metropolitan Police chief Dame Cressida Dick despite the “very distressing” scenes at a vigil in memory of Sarah Everard.

Boris Johnson said the police had a “very difficult job” to do as Scotland Yard continued to face questions over its handling of the event.

In ugly scenes, officers clashed with crowds gathered on Clapham Common in south London to remember the 33-year-old marketing executive who went missing while walking home from a friend’s flat on March 3.

Serving Metropolitan Police officer Wayne Couzens, 48, has been charged with kidnapping and killing the marketing executive.

Mr Johnson will chair a meeting of the Government’s Crime and Justice Taskforce on Monday to discuss ways to protect women and girls from violence, with Dame Cressida among the attendees.

Speaking ahead of the meeting, Mr Johnson said he still had confidence in Dame Cressida.

He told reporters in Coventry: “Yes I do. And what she’s asked is… that we look at what happened on Saturday night.

“The police do have a very, very difficult job. But there’s no question that the scenes that we saw were very distressing and so it is right that Tom Winsor, the inspector of constabulary, should do a full report into it.

“I think people have got to have confidence in the police and Tom’s going to look at that.”

Mr Johnson said society and the Government needed to ensure that women’s complaints about violence are properly heard.

Asked if the police had been “just enforcing Covid rules” set by the Government, Mr Johnson said: “The reality is that the country is united still in shock and grief about what happened to Sarah Everard and we must do everything we can to find the answers.

“Today in the House of Commons, there’s a debate beginning and a vote tomorrow on new measures that the Government is bringing in for tougher sentences for rapists… and new measures to tackle domestic violence.

“I hope those go through.

“But I think the fundamental issue that we have to address as a country, and as a society and as a Government, is that … women in particular must feel that when they make serious complaints about violence, about assault, that they are properly heard.

“We are going to make sure that that happens.”

Labour’s shadow policing minister Sarah Jones did not back the calls, urging for the focus “to be on Sarah Everard and the increasing problems of violence against women”.

“There’s going to be an investigation, we know that, and we need some answers, because we were given assurances and I think we all felt that the response on Saturday was the wrong one,” she told BBC Radio 4’s Today programme.

A YouGov poll of 5,168 adults indicated 47% backed Dame Cressida to remain in post, with 23% calling for her to go.

It comes as landmark legislation comes before the Commons that will give police greater powers to crack down on disruptive protests.

Labour has said it will vote against the Police, Crime, Sentencing and Courts Bill because it contains “poorly thought-out measures to impose disproportionate controls on free expression”.

Sir Keir Starmer said the legislation did not include anything “meaningful” on protecting women and girls.

“We have got a 300-page Bill coming before Parliament, with 176 clauses of 20 schedules,” the Labour leader told reporters.

“It says lots of things about statues and almost nothing about protecting women and girls, and particularly dealing with violence against women and girls.”

Reclaim These Streets had organised the vigil before being forced to cancel following consultation with Scotland Yard, which said the event would be in breach of coronavirus rules.

An organiser from Reclaim These Streets said on Monday she did not want Dame Cressida to resign, but asked for the police chief to meet with the group.

Anna Birley told ITV’s Good Morning Britain: “We are a movement of women seeking to support and empower other women, and as one of the most senior women in British policing history, we do not want to add to the pile-on.”

She said the group was “hugely disappointed” that Dame Cressida had not spoken with them before putting out a statement on Sunday.

The Metropolitan Police Commissioner said what had happened to Ms Everard made her “more determined, not less” to lead the organisation, as she resisted calls to quit over the events.

Three of them, a man and two women, were arrested on suspicion of breaching the Health Protection Regulation and have been reported for consideration of a fixed-penalty notice.

A fourth person, a woman in her teens, was arrested on suspicion of a public order offence and has been released under police investigation.

London mayor Sadiq Khan said he would be asking the Inspectorate of Constabulary and the Independent Office for Police Conduct to look into the events.

There were fresh protests on Sunday outside Scotland Yard and at Parliament Square in central London, with demonstrators chanting “shame on you” at police.