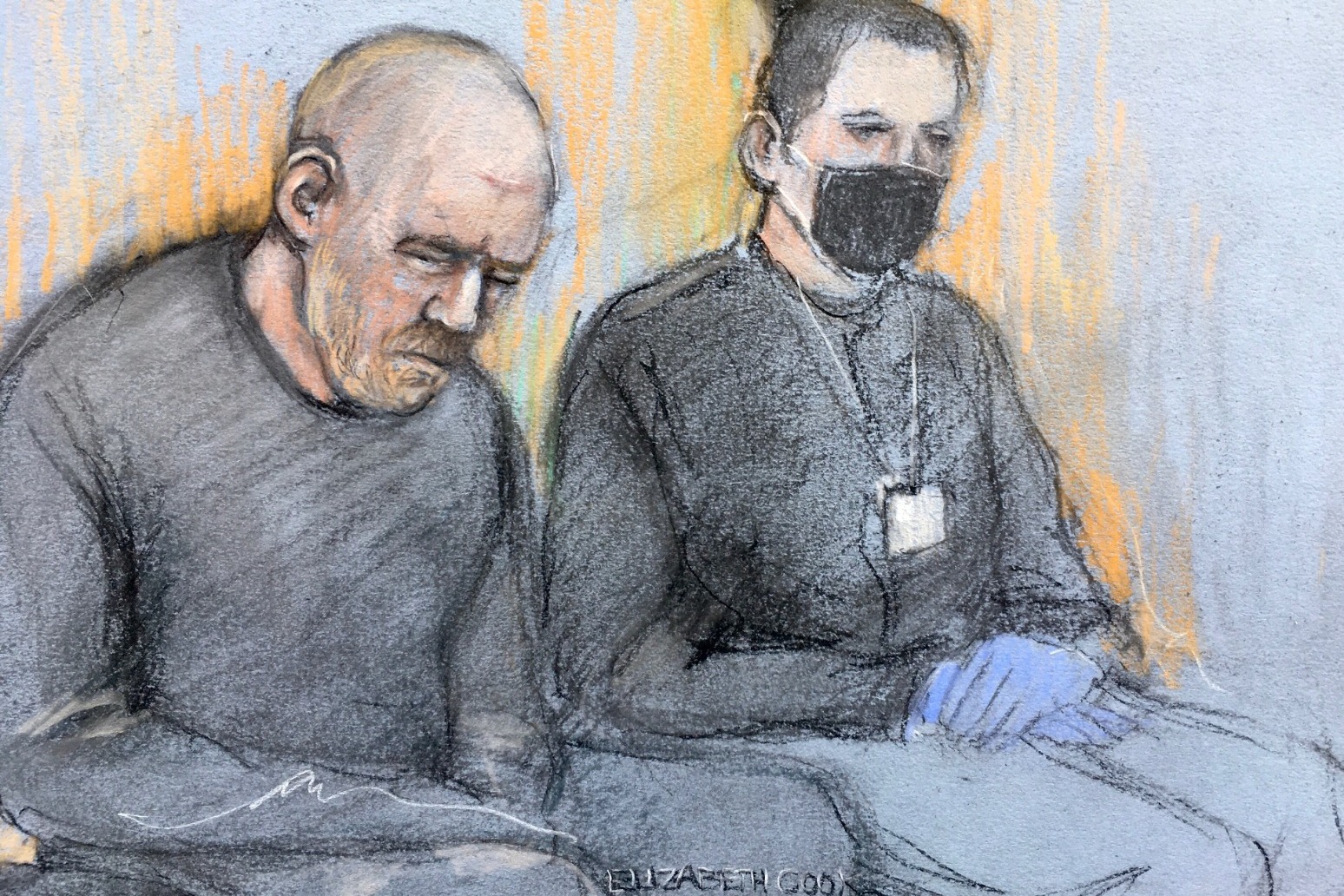 The body of Sarah Everard was found inside a large builder’s bag and identified using dental records, a court has heard.

Serving Metropolitan Police constable Wayne Couzens, 48, is charged with kidnapping and murdering the 33-year-old marketing executive, who went missing while walking home from a friend’s flat in south London on March 3.

Her body was found hidden in an area of woodland in Ashford, Kent, on Wednesday.

Couzens appeared at Westminster Magistrates’ Court on Saturday morning for his first appearance following his arrest on Tuesday.

The defendant arrived at the central London court at 10am in a large blue police van, stepping into the dock around 10.30am.

He wore a grey tracksuit and appeared to have a red wound on the top of his forehead.

Couzens spoke only to confirm his name and personal details, sitting between two plain-clothes officers in the dock and leaning forward for most of the hearing.

Chief Magistrate Paul Goldspring asked prosecutor Zoe Martin to give a brief summary “given the nature of the case and the interest”.

The court heard the officer is accused of kidnapping Ms Everard in the Poynders Road area of Clapham.

Ms Martin said Ms Everard was reported missing by her boyfriend on March 4 and that a body discovered on March 10 in a wooded area of Ashford, Kent, had been formally identified as the missing woman using dental records.

A post-mortem examination has taken place but no cause of death was given in court.

The prosecutor said Ms Everard had visited a friend in the Clapham Junction area on March 3 and left at around 9pm to make the approximately 2.5-mile journey home.

She called her boyfriend for around 14 minutes and the court heard there has been no further activity on her mobile phone since then, adding that the phone has not yet been recovered.

It is not clear whether the phone had been switched off or run out of battery, she added.

Ms Everard was caught alone on CCTV at quarter past nine, caught again on a camera at 9.28pm, and later caught on the camera of a marked police car at 9.32pm.

At around 9.35pm, a bus camera captured two figures on Poynders Road and a white Vauxhall Astra with its hazard lights flashing.

Another bus camera captured the same car with both front doors open.

The registration of the vehicle – later confirmed to be a car hired in Dover – was captured and tracked by police as it left London towards Kent.

Judge Goldspring remanded Couzens in custody to appear at the Old Bailey on March 16.

The Metropolitan Police previously said Couzens joined the force in 2018, most recently serving in the Parliamentary and Diplomatic Protection Command, an armed unit responsible for guarding the Parliamentary estate and embassies in London.

His main job was uniformed patrol of diplomatic buildings, and Scotland Yard said he was not on duty at the time of Ms Everard’s disappearance.

On Saturday, the court heard Couzens is a trained firearms officer.

On March 2 he began a 12-hour shift at 7pm before going on leave.

He was due back at work on March 8 but on March 5 he reported that he was suffering from stress.

On March 6 he emailed his supervisor to say he did not want to carry a firearm anymore.

Before his court appearance, Scotland Yard said that Couzens, of Deal in Kent, was taken to hospital for a second time in 48 hours on Friday for treatment to another head injury sustained in custody, before he was discharged and returned to a police station.

He was previously treated in hospital for a separate head wound on Thursday, also sustained in custody when he was alone in his cell.

Meanwhile, police in dry suits were seen continuing to search around the area where Ms Everard’s body was found near Ashford on Saturday.